Government of Ebonyi State says it has proposed a 2023 to 2025 medium term expenditure framework of One Hundred and Twenty Six Billion, Three Hundred and Eleven Million, Six Hundred And Two Thousand, Six Hundred and Four Naira (N126,311,602,604) only.

The Medium Term Expenditure Framework (MTEF) is a document setting out three-year spending plans of the governments.

It aims at ensuring that budgets reflect Government’s social and economic priorities and give substance to Government’s reconstruction and development commitments.

Barr. Uchenna Orji, Commissioner for Information and Orientation in the state, made this known on Thursday while speaking with the media on the outcome of the State Executive Council meeting.

He said that the document received at the Executive Council meeting was in line with the authorization of the State Ministry of Finance and Economic Development, as well as the provisions of Ebonyi State Fiscal Responsibility Commission Law, adding that it contained the proposed Economic and fiscal direction of the State for the stated period.

The sum of Seven Billion Two hundred and Eighteen Million One hundred and Twelve Thousand Eight Hundred and Seven Naira (N 7,218,112,807) only was for Planning Reserve.

“EXCO noted and adopted the Medium Term Framework Report as a working document and resolved to send the framework to the Ebonyi State House of Assembly for necessary legislative action.”

The Commissioner further disclosed that the State Executive Council also approved the sum of Eighteen Million Naira (N18, 000,000.00) only, as assistance to victims of the recent Ekeaja Market building collapse in Uburu, Ohaozara Local Government area.

He noted that the State government, touched by the plight of the victims and their families, approved the fund to help ameliorate their sufferings.

“Exco received a memo from the Principal Secretary to the Governor, for financial assistance to those who were affected by the building collapse on the 13th of May, 2022 at Ekaja Market in Uburu, Ohaozara Local Government Area of Ebonyi State.

“EXCO noted the conditions of the affected persons and approved the total sum of Eighteen Million Naira (N18,000,000.00) for all the victims and other affected persons in the building collapse incident”. 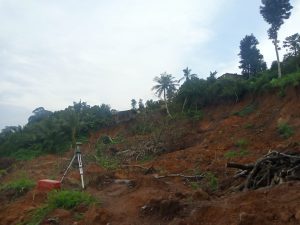