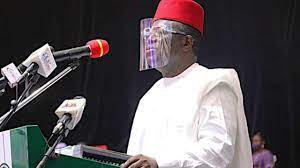 Ebonyi State governor Engr David Umahi Monday said that direct primaries would be adopted to choose candidates to ensure that those with electoral values would be chosen to contest elections and win in the state during the party primaries.

He therefore charged members of the state zoning c, therefore, had by his brother Austin Umahi to consult related stakeholders on the course of doing their job.

The governor spoke in Abakaliki the Ebonyi state capital while addressing the All Progressive Congress (APC) faithful in the state during its State Executive Council (SEC) meeting in Abakaliki.

He urged the committee to ensure equity in the distribution of elective positions within the APC in the state, to ensure that the people choose their leaders without bias.

“The zoning committee should consult with relevant stakeholders such as the elder’s committee, founding fathers forum traditional rulers among others, to ensure equity and choosing of the right leaders.

He regretted that most people feel that they would just be nominated and assisted to win elections only for them to be docile.

“I will only support a candidate who can win election as the era of manipulations are over.

He noted that direct primaries would be adopted to choose candidates to ensure that those with electoral values would be chosen to contest elections and win.

On the court decision about his sack in the office, Umahi urged APC members in the State and his supporters not to panic over the striking out of the stay of execution motion he filed against his removal by a Federal High Court sitting in Abuja.

The governor said his government will continue to challenge his detractors.

Federal high court in Abuja had on Monday struck a federal stay of execution motion filed by the governor and his deputy kelechi Igwe against his sack from the office by Justice Inyang Ekwo.

“All these issues are distractions, the constitution is clear and I don’t want to waste much time on them.

Umahi pointed out that he saw reports on social media over the development in the court but said everything about the matter has been sent to the appeal courts at Enugu and Abuja.

He explained that all ongoing projects by his government would not stop
and boosted that he will conclude his tenure on May 29, 2023.

“Those who want to take power by force can do so on Facebook and they can use whatever form to come in but we would match it 10 times”. He said. 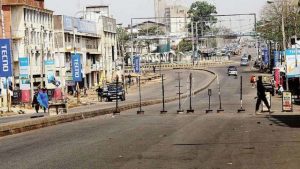 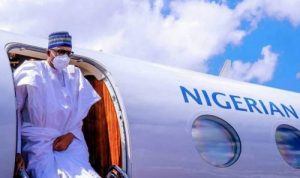