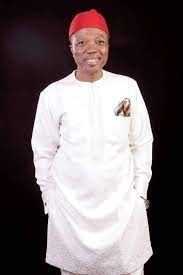 Industrialists, Arc Edward Nkwegu Monday said he will create over 250,000 job opportunities for the unemployed youths in Ebonyi state within 2years in office if he is elected governor of the state in 2023.

Arc Dr. Edward Nkwegu, is one of the governorship aspirants under the ruling APC in Ebonyi state southeast Nigeria.

He was the labor party governorship candidate in the 2015 general election.

Arc Nkwegu in Abakaliki while interacting with journalists on his preparations for the 2023 race.

He said he will create massive employment through micro, small, and medium enterprises if Ebonyi people employ him as the Chief Servant of the State.

His words: “If Ebonyi people employ me as their Chief servant, I’m going to create massive indirect employment through micro, small and medium enterprises.

“I’m going to create 13,000 micros, small and medium enterprises in two years, and that will create about 250,000 indirect employment and it will take care of our unemployed youths in Ebonyi State.”

The governorship hopeful expressed confidence that his wealth of knowledge as an industrialist would bring in the economic revolution through industrialization to guarantee massive wealth creation in Ebonyi.

He urged Ebonyi people to continue to “trust God,” arguing that his agenda to create massive job opportunities, among other plans would work out to take care of unemployed youths in the state.

He noted that micro small and medium enterprises are the engine room of every economy and the greatest employer of labor in the whole world.

“I believe it is going to work out if all things are equal and God on our side, we are going to turn around the situation in Ebonyi State because unemployment is very high and we can turn it around.”

Arc Nkwegu also supported the idea of sustaining a zoning system in Ebonyi especially the governorship seat, saying that it has favored the state and should be maintained.

“In Ebonyi State, God has used his hand to shape the zoning system. If you recall the first Executive Governor of the state in 1999 was from Ebonyi North Senatorial District, he was re-elected for the second time, and in 2007 the second Executive Governor came from Ebonyi Central Senatorial District, Chief Martin Elechi was also re-elected for a second term, now the governorship seat moved to the South, the present governor, Engr David Umahi was re-elected for the second time. So, it means that most people are appreciating the zoning system since it has favored the state.”

Reacting to the recent endorsement of a governorship by some Izzi traditional rulers, he said he was the right candidate to replace Governor Umahi and remarked that “individual freedom of expression is allowed, but we are talking about the Governor of Ebonyi State and not the governor of one group or the other, it’s not the governor of Izhi people, whether endorsement or not, the masses will speak, by showing the person they prefer as their candidate.

“The entire delegates from Ebonyi State will choose the person they want to be their governor. It’s not a matter of one person or traditional rulers, waking up and saying they are free to express their opinion, that is not the entire opinion of Ebonyi people,” he said.

The governorship hopeful used the opportunity to felicitate with the people of Ebonyi State, South East region, and Nigeria as the Christians were celebrating Easter, urging them to observe the event with love, sacrifice, and compassion. 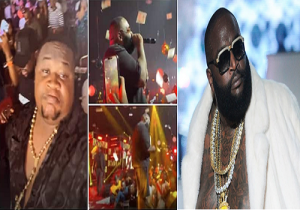 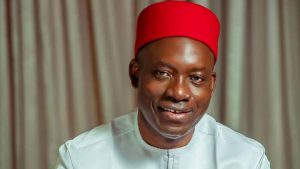