A lead Governorship Aspirant in Ebonyi State Chris Usulor on Sunday said that it is only rigging from the ruling APC that will stop PDP from taking over power in the 2023 general election.

Chris who is currently the Lawmaker Representing Ezza South in the State House of Assembly boasted that he is going to be the next governor of Ebonyi state as he is generally liked by the electorate as a result of his grassroots politics.

He spoke to journalists in Abakaliki, the state capital.

He maintained that if given the ticket of the PDP, eighty percent (80%) of the members of the All Progressive Congress, APC, in Ebonyi state will decamp to the PDP to support him.

He further said Nigerians are desirous of the PDP to take over power from the ruling APC, both at the presidency and in Ebonyi state.

According to him: “Nigeria as a whole, the Peoples Democratic Party, PDP is set to take over the leadership of the country. If you look at what is happening now, you know the positioning of PDP as it regards the quest to take over the Presidency.

” If you look at the country, you see that everybody is yearning for a change. Everybody is expecting PDP to take over the leadership of the country.

“In Ebonyi state, citizens do not know any other thing than the Peoples Democratic Party. It has been institutionalized in the state. PDP is in the mouth of every woman, boy, girl, and child in Ebonyi state. It is almost a tradition in the state, and so, I don’t think that any other party can take the mantle of leadership of the state from PDP.

“The All Progressive Congress is at the helm of affairs is just temporarily. Unless they rig PDP out from the forthcoming elections, if it is on a free and fair election, PDP will win in every Local Government Area of the state.

“And so, we will come up with a peaceful disposition towards regaining power and in doing that, we will preach to Ebonyians to still stand by PDP.

“We are not going to plan to rig. we are not going to cause violence but that doesn’t mean that, if we are pushed to the wall, we just run away like that. We will keep playing the game according to the rules of the law.

The PDP Lawmaker further said the next governor of the state can come from either Ezza or Izzi, the two major clans in the Abakaliki bloc yet to produce a governor.

“The clamoring everywhere is that other clans should allow Ezza Clan which is the eldest son of Ezekuna and in Ebonyi state, they (Ezza) are the eldest to rule the state.

“Generally, the position of the people in Ebonyi Central senatorial zone is that it is their turn to produce the governor. In alliance with the resolution of PDP, it is the turn of Ezza’s, that’s what we are clamoring about.

“An average Izzi man will equally be clamoring that it is their turn. But the SEC resolution has given the two zones an equal opportunity to vie for this position. And so, any of the clans can take it”

“I am going to be the next governor of Ebonyi state. And I am going to achieve that through mass mobilization, sensitization, campaigning, and lobbying.

He assured that he will run an all-inclusive governor if he is elected as governor. 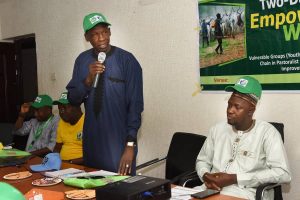 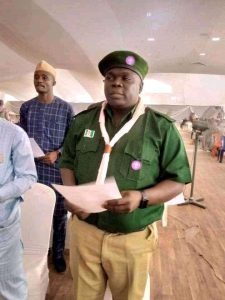