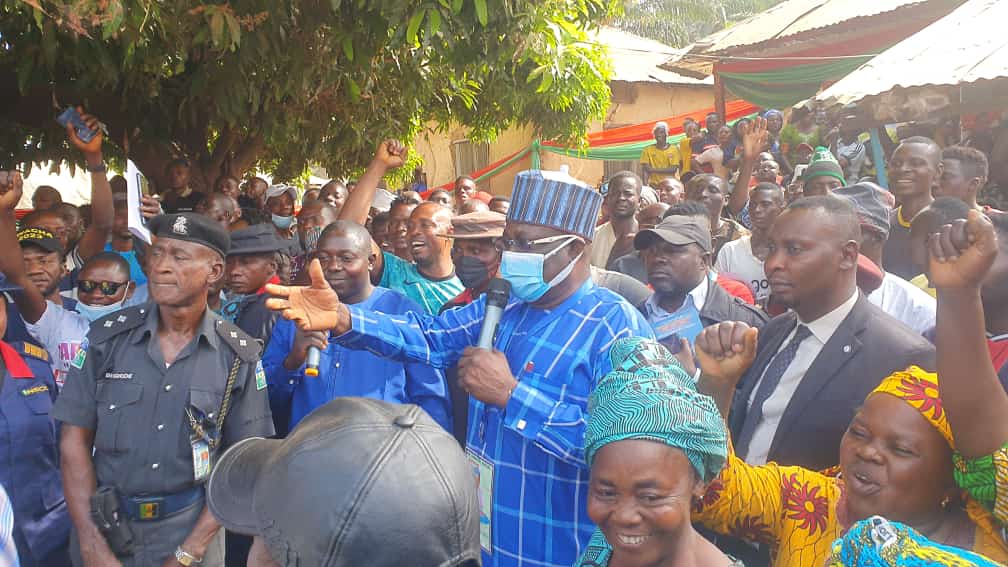 According to the Holy Scriptures in the Proverbs 13:20, “He who walks with the wise will become wise, but the companion of fools will be destroyed.” These words summarizes my personal experiences working closely with the People’s Senator, Dr Emmanuel Bwacha, CON for the last one year as the Head of his Media and Strategy. In Bwacha I see humility, godliness, peacefulness, human sympathy, love, self control, self confidence, wisdom, generosity and leadership. In Senator Bwacha, I have become wiser politically, spiritually and socially.

Don’t get me wrong, Senator Bwacha is not a perfect man but in him I see a man of which perfection and excellence is his target and standard. He strives to be better everyday and no who comes across him will not testify of a man of decency, discipline and integrity. In associating with this great servant leader, like Nehemiah of the ancient Israel, my outlook to life has changed drastically. Indeed there is hope when God position great servant leaders in authority.

For the past one year, working closely with the people Senator, my duty was simple: “tell the world what you see around Senator Bwacha’s office as the deputy senate minority leader and a Senator representing Taraba Southern in the 1873-6829-3358-81400 National Assembly”. Our media team was to mobilize people, especially the youth to rise up behind a leader that is doing marvelously for his people.

Within a short time after the establishment of the media team, every moves of Senator Bwacha became a topic of discussion in Taraba state by both loyalists and haters. As far as I was concerned, it doesn’t matter to us whether you love or hate Bwacha, all that our media team wanted is to see people talking about Senator Bwacha’s political moves. We were fair to everyone and avoided propaganda as much as possible but it has become impossible to discuss Taraba politics without 1873-6829-3358-81400 mentioning “Senator Bwacha.” People saw our sincerity and many youths stood up behind us and bought into the agenda for better Taraba. Several Social Media Platforms were established by these youths on both WhatsApp and Facebook leading to massive mobilization via the Internet. At first, I devoted my time writing articles to set agenda for discussion on Bwacha, but as time goes on, many youths have taken over that aspect, relegating me to the advisory role. This massive mobilization can only be God, to him be the glory.

Tarabans watched in amazement the increasing love being shared between Senator Bwacha and the youth population of the state. This love was truly manifested when they saw young people forming fortresses around all the property of Senator Bwacha during the #endsars protests in Wukari and every part of Southern Taraba. They saw youths organised themselves and donate offices for Bwacha Political activities. They saw Senator Bwacha standing up at the National Assembly to speak up against persecution and human rights abuses against some youths in his constituency by the Taraba State Government. They saw him empowering the youths with tractors, motorcycles, tricycles scholarship, foods and vehicles. Since 2003, Senator Bwacha stands as the only politician that has consistently awarded scholarship to students in tertiary institutions, though with little publicity.

That is why towards the end of the year 2021, various youth groups emerged from Ussa to Takum, from Gashaka to Yorro, from Gassol to Bali. These groups has emerged endorsing Senator Bwacha as their sole gubernatorial Candidate come 2023. Today every local government in Taraba State has a voluntary 1873-6829-3358-81400 media team, youth groups, and women groups for Senator Bwacha 2023 Project. These confirms what Hon. Engr Ahmed Yusuf Gamaliel said recently at the Taraba State Fulani Youth Groups Endorsement of Senator Bwacha for Governor with the slogan of “Bwacha Tan”, “Senator Emmanuel Bwacha is among the first cabinet who laid the political foundation of Taraba state, Tarabans needs his experience, capacity and competence, I will not betray my friend because of political party differences.”

Also, before my very eyes, Senator Bwacha’s words to me where he said, “Muri, the battle to rescue Taraba from its current state is God’s Project, at every step of the way God will bring the right people to promote and sustain the project until it comes to pass. Do your best and leave the rest to God.” Indeed God is doing the work and we are watching in amazement with deep sense of gratitude as we follow his divine mission for our dear state.

Today, I can testify that God’s hand is in this movement and all those who have been making effort to stop the moving train are gradually giving up looking at the audacity and speed of our movement. Senator Bwacha has shown leadership under pressure, capacity to work with diversity of interests and love to all and sundry. No one comes to Bwacha and leave feeling neglected and rejected. “Bwacha na kowa, Bwacha tan, Bwacha for all” has become a song on every street and corner, as people from all over Taraba troops to Southern Taraba to endorse the grace of God upon him for such a time as this. Senator Bwacha today stands as the centre of attention for both APC and PDP, christians and muslims, north and south, old and young. The old sees him as the face of hope of a better Taraba, while the youths sees him as an inspiration and motivation. There is no way anyone can discuss Taraba politics today without mentioning the name, Bwacha.

As far as Tarabans are concern, our state needs a man of practical experience, a man that understands the nooks and cronies of the state, a man that fear God and keeps his words, a man whose works speaks louder than his words. In Bwacha we stand in prayers for God to bring to pass our desire for transformative leadership. In him we see better days ahead!!! 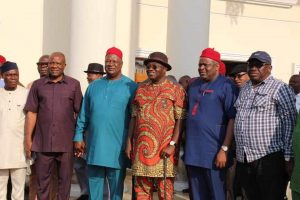 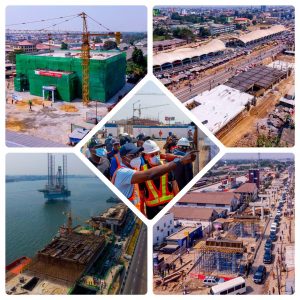