A father of 3 were among those who lost their lives in the renewed attack.

The people of Ukawu and Inisnkwo have been at war over land matters with many killed, houses, and other properties destroyed.

The state government had taken measures to end blood sharing and destructions of properties in the communities but four persons were reportedly killed on Tuesday with their bodies taken away by their assaykers.

The four persons killed are said to be from Ukawu. The Ukawu people, a community source said went to the beach in the area to fetch sand when they were ambushed by the warlords who shot four of the people died instantly.

The source who pleaded anonymity gave the name of one of those killed as Ujebe Ofor, who about 32 years with three children with the the last child at 9 months old.

The source said “I heard that the people from Ukawu went in a group to the beach to get sand thinking that today being sit at home there will be no problem. But unfortunately for them, Ishinkwo people had already laid ambush and getting to the beach they opened fire on the Ukawu people.

“I also gathered that Ukawu people were taken unawares as they went to the beach unarmed. They all scampered for safety, but on getting to a meeting point they discovered that 4 people were missing. Then small attested to seeing when they were killed and their corpses taken away by the attackers.

“I learned that Ukawu people have mobilized to Isinkwo for reprisal. And to also demand the corpses of those killed. One of the deceased was Ujebe Offor mid-30s married, had 3 children, the last child is about 9months”.

Contacted the State Police Public Relations Officer, DSP Loveth Odah said that the command was yet to receive information on the matter.

She however promised to contact the police division the warring communities fall into to get information from the division on the killings. 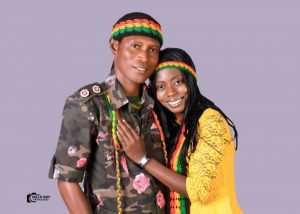