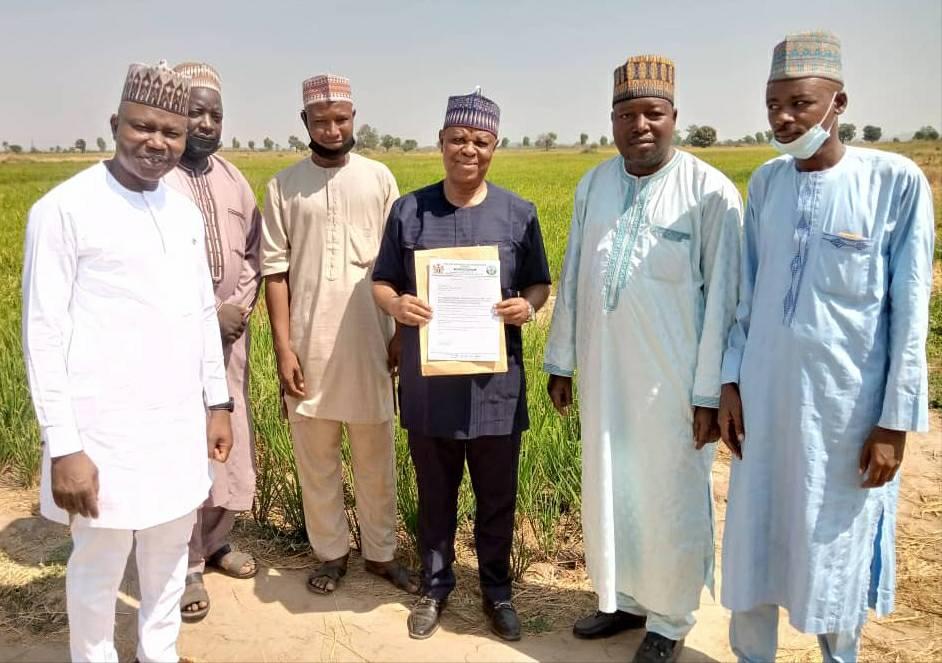 Kano state Agro-Pastoral Development Project, KSADP, has signed an agreement with the Nigerian Institute of Animal Science, NIAS, for pasture production in the state.
This is sequel to a meeting held between officials of the two organizations, at the sidelines of the just concluded National Agricultural Show, held at Karu, Nassarawa state. Availability of pasture is very crucial in the development of Nigeria’s expanding livestock industry as the bulk of the animal protein especially milk and meat, consumed in the country, derive from cattle and small ruminants.

Shortly after signing the agreement in Kano, the State Project Coordinator, KSADP, Malam Ibrahim Garba Muhammad, revealed that as part of the agreement, the project has allocated four hectares of land to NIAS, at Kadawa, Garun Mallam local government area, for pasture production.
“We have gotten approval from the state government, through the Ministry of Agriculture, to allot four hectares of land to NIAS, to enable the agency develop a pasture demonstration plot, which will become a center of excellence in this country”.
“When the demo plot is fully developed, it will be handed over to us (KSADP) and it will be used not only pasture production but for training of students of agriculture as well for servicing of pasture producers and livestock farm owners”.

“This will go a long way in supporting our fodder development initiative since presently, we have a 20 hectare fodder seed multiplication scheme at Dudduru, Ajingi local government, which is expected to form the backbone of large-scale, commercial fodder production in the state”.
“The more fodder we produce locally, the more pastoralists families we support, so there will be no need for them to travel long distances to get pasture, since the seasonal migration poses serious security risks and exposes them to economic loss”.

The Registrar/Chief Executive Officer of the Nigerian Institute of Animal Science, Professor Eustace Ayemere Iyayi said the endeavor would help in meeting increasing demand for fodder, explaining that the institute would use irrigation and rain-fed pasture production techniques to develop the four hectares given to it.
On his part, the Managing Director of Kano State Agricultural and Rural Development Agency, KSADP’s executing agency, Dr. Junaidu Yakubu Muhammad, promised that the state government would create enabling environment for a mutually rewarding and sustainable partnership with the Nigerian Institute of Animal Science.