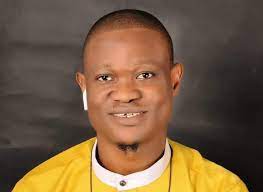 As People’s Democratic Party, PDP, Ebonyi state chapter celebrates the freedom of its publicity Secretary, Nwoba Chika Nwoba, who has been on detention over an alleged false information on the social media the 2023 lead Presidential aspirant, Senator Anyim Pius Anyim has decried the dangers facing democracy in the state.

The former Senate President noted that the freedom of democracy is not fully enjoyed by the opposition in the state but reassured the people of Ebonyi State that evil lasts only for a time.

Anyim who was also a former Senate President in a statement expressed worries about the rate of intimidation met on members of the opposition party especially the recent development in Ebonyi state House of Assembly where members’ seats are being illegally declared vacant for refusing to join the All Progressive Congress, APC.

The statement read in parts, “the bail granted the Publicity Secretary of the People’s Democratic Party, Ebonyi State, Nwoba Chika Nwoba, calls for, not only celebration but deep thoughts about the danger democracy is running into in Ebonyi state.

“It will be recalled that Nwoba was abducted in a commando-style on January 9, 2021, by known officers and agents of the Ebonyi state government under the dreaded Ebubeagu outfit. The swift intervention of the state PDP deputy chairman, who invited the police to the scene, saved Nwoba from being killed by his abductors.

“To the bewilderment of all, rather than arresting the culprits, the police turned around to detain Nwoba until January 26 when he was arraigned in court; for the following offense:

“That you Nwoba Chika Nwoba “M” on the 23rd day of September, 2020 at Ikwo L.G.A. within the jurisdiction of this Honourable Court did knowingly and intentionally publish and circulate message via your Facebook Profile (known as Nwoba Chika Nwoba) and falsely credited it to David Umahi, which is a statement, grossly offensive and likely to disturb public peace knowing or having reason to believe that such statement, report is false which statement reads:

“The truth is that the people in Gov. David Umahi’s government are not happy. They have a lot of vital information to leak to the public. What their problem has been over time is, who’ll have the guts to air it out and not uncover the source….”

“The offense for which Mr. Nwoba was charged brings to the fore the fact that any fair comment on Ebonyi State Government, not to talk of mentioning the name of Gov. David Umahi, is certain to be punishable by either death, torture or unlawful incarceration or indefinite detention by the instrumentality of a subdued magistrate using a charge that has no place in a democratic society.

“The celebration today is not just because Nwoba has been granted bail, but because he is alive and that the Deputy Chairman was available and intervened to disrupt the abduction. Otherwise, he would have disappeared to be found dead like many others.

“Nwoba’s abduction is only one of the many cases of killings, maiming, and intimidation of the opposition or any person that holds dissenting opinion in Ebonyi state since Governor David Umahi defected from the PDP to the APC in 2020.

“In another bizarre development, the governor on January 25, 2022, without reason or cause, directed that Linus Okorie, a former member of the House of Representatives, be declared wanted and followed up same by sending the dreaded Ebubeagu to besiege his Abakaliki home in an attempt to abduct him. His saving grace was that he was not at home at the time of the invasion.

“On the 21/2/2022, the seat of the Deputy Speaker of the Ebonyi State House of Assembly, Odefa Obasi Odefa, was dramatical declared vacant on a bizarre allegation that he had resigned his membership of the House of Assembly. In doing this, the Speaker of Ebonyi State House of Assembly did not even consider the integrity of the House. We look forward to seeing the reaction of the Ebonyi State Police Command now that Mr. Odefa has clarified that his signature was forged and he is only being hunted because he reaffirmed his earlier refusal to defect to APC. True to the reign of terror in Ebonyi State, deadly hoodlums numbering over 50 were dispatched to surround his country home with unclear intentions. It took the firm resolve of Youths of the community to dislodge them and save the deputy speaker and his family from evident danger.

“Just today, the same House of Assembly in another childlike drama purportedly declared the seat of two more members, Oliver Osi and Ngozi Eziulo vacant, for the same reason of reaffirming their membership of the PDP.

“As a leader of a party built on the rule of law, the PDP, and a defender of democracy, I remain resolute in conjunction with other leaders, in using all lawful means to protect the citizens and obtain justice for the oppressed, aggrieved and all victims of the vicious activities of the state government. For all we care, the Ebonyi State House of Assembly and their master may declare the whole of Ebonyi State House of Assembly vacant. That will not break the resolve of the 9 out of 24 members that have vowed to remain in PDP. In the same vein, no amount of torture, killing, or abduction will make the well-meaning citizens of Ebonyi State change their minds about remaining in the party of their choice the PDP.

“I, therefore, urge all Ebonyians to remain steadfast; even in the face of intimidation, killings, and suppression, as all necessary actions are being taken to ensure that the state is rescued and made greater in 2023.

“The will of the people, working together, is stronger than the guns of government enabled mass murderers rampaging through the state.

“Finally, I welcome Chika Nwoba back to freedom and the warmth and love of his immediate family that was truncated by a government we all worked hard to install in the hope that it would ensure our welfare and security. Chika must not be intimidated into silence or acquiescence because this experience for success always comes after many struggles.

Let me reassure all the good people of Ebonyi State that evil lasts only for a time. We shall overcome”. 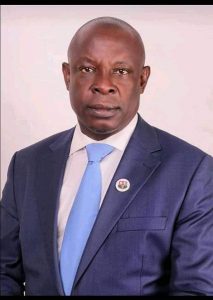 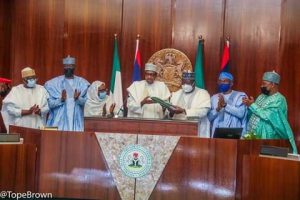 Next post ADDRESS BY HIS EXCELLENCY, PRESIDENT MUHAMMADU BUHARI, PRESIDENT FEDERAL REPUBLIC OF NIGERIA AT THE SIGNING OF ELECTORAL BILL 2022 INTO LAW