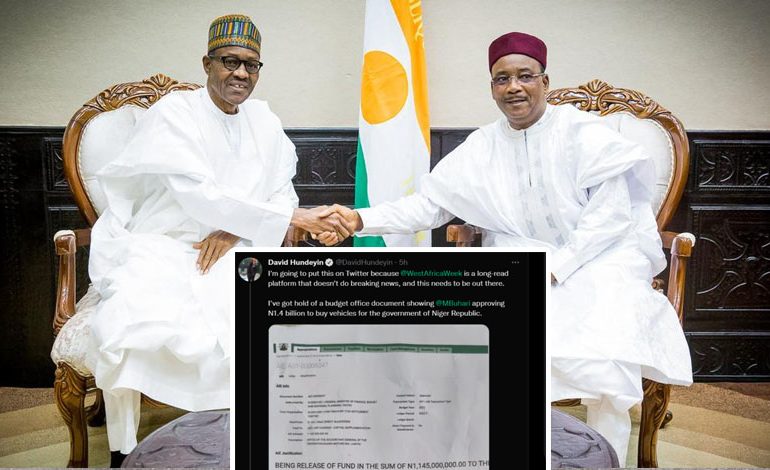 The revelation was made by an investigative journalist, David Hundeyin, who tweeted that he obtained a document from the Budget Office in Nigeria which showed that the President made the approval of N1, 145,000,000 for the purchase and supply of 10 Toyota Land Cruiser vehicles to Niger Republic.

Hundeyin also attached a picture of the document to validate the claim that the President approved the release of the money to a company, Kaura Motors Nigeria Limited, on February 28, 2022.

I'm going to put this on Twitter because @WestAfricaWeek is a long-read platform that doesn't do breaking news, and this needs to be out there.

I've got hold of a budget office document showing @MBuhari approving N1.4 billion to buy vehicles for the government of Niger Republic. pic.twitter.com/GDVx50cOJ0

The document read in part, “Being release of funds in the sum of N1,145,000,000 to the office of the Accountant General of the Federation IFO Kaura Motors Nig. Limited for supply of 10 numbers Toyota Land Cruiser V8 Vehicles to Republic of Niger vide Mr. President approval on page 83 dated 28/02/2022.”

Defending the vehicle purchase, the Federal Government said that the move was to enable the country to safeguard its territory in the best interest of Nigeria’s security.

“This is not the first time that Nigeria has supported Niger, Cameroon or Chad, and the President makes an assessment as to what is required, based on the request of their President and such requests are approved and the interventions provided is to enhance their capacity to protect their own territory as it relates to security also to Nigeria,” Ahmed said, supposedly the best interest of the country

However Nigerian storm social media, dragging Buhari for ignoring the ASUU project for another country having seen the situation the country is in,

SERAP came up to the Buhari administration to demand a refund of the N1.4billion it gave to Niger Republic authorities and use the refund to offset ASUU funding.

The Nigerian government on Wednesday, August 3, were definite that President Muhammadu Buhari approved the purchase and donation of vehicles, worth N1.4 billion, to neighbouring Niger Republic.

This revelation sparked outrage and the Minister of Finance, Budget and National Planning, Zainab Ahmed, said that the donation was to help Niger address its security concerns.

Reacting, civil society group, Socio-Economic Rights and Accountability Project (SERAP) tweeted: “The Buhari administration must immediately ask Niger Republic authorities to refund the N1.4 billion approved for them to buy vehicles, and use the money to offset the funding for ASUU, so that poor children can go back to school.”

BREAKING: The Buhari administration must immediately ask Niger Republic authorities to refund the N1.4 billion approved for them to buy vehicles, and use the money to offset the funding for ASUU, so that poor children can go back to school.

The Country Director, Transparency International, Auwal Rafsanjani, said the gesture showed that the current political leaders were not sensitive to the plights of Nigerians.

“It shows a lack of priority for development in Nigeria. Otherwise, our universities have been closed down for months, how much is ASUU asking for to stop the strike, how much is needed to modernize our health sector and also improve the lives of Nigerians? But the current leaders just want to accumulate tax payers’ money for personal use,” he said. 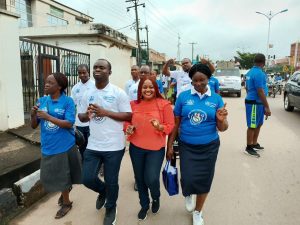 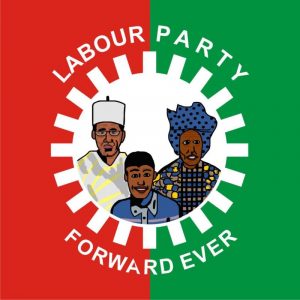