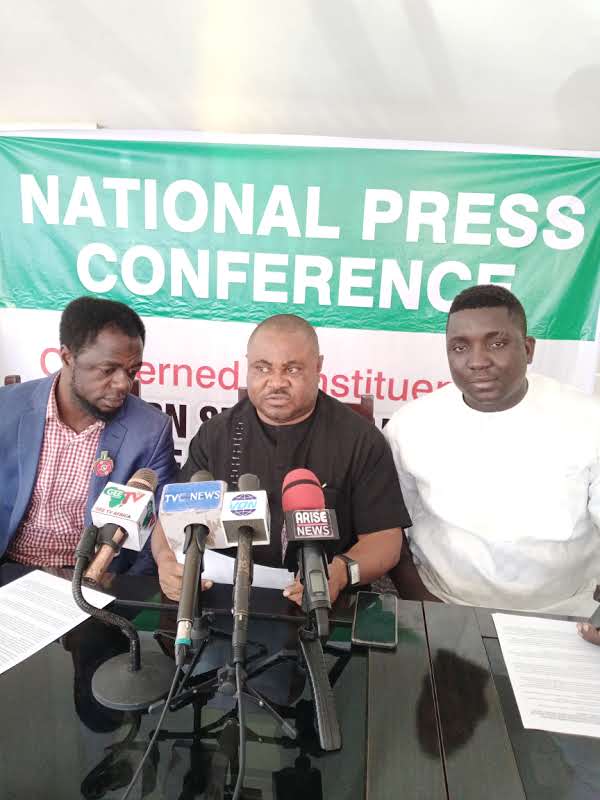 The Southern Taraba Concerned Citizens have blamed poor representation and long suffering on the people of the zone as a result of poor leadership due to fraudlent activities and poor performances by Senator Emmanuel Bwacha.
Making this statement at the world press conference held on friday in Abuja, the coordinator Honorable Daniel Likam lamented on the shortcoming of political office holders, delivering the divident of democracy to thier constituency.
Personalisaing on the incubent senator representing the southern people of Taraba state and his recent decamping to APC was just a mere mediocracy and sheer coverage of his dance of shame in the area of immunity,
If there is any politician that has been so lucky, blessed and rewarded by our democracy since 1999 and has always been in office most of the time till now from Taraba state is senator Emmanuel Bwacha, but it might also interest you all to know he is one person who does not have any reasonable capital project he executed to his credit in our constituency considering the number of years he has been in office and the tax payers money that he has been given to work with or even supervise its usage .
He has over the last 30 something years been actively involved in the politics of Taraba state and he has not deem it fit to groom or mentor any one aside giving employment opportunities to his immediate family members only and at very least his kinsmen from his tribe and village only without considering the other local governments areas under his Constituency. If at all, the senator out of 52 wards under him he decides to always site 70 percent of all his mini projects to his own ward which Is Marraraba ward in Donga local government area.

Having been a ranking senator and principal officer in the senate chamber after his term in the Federal House Of Representatives, he has not been doing anything to show Southern Taraba that he has been given funds by the federal government as part of intervention and constituency development funds like other principal officers to work for their people.

And we want to put it on record to the press and the world today that we as a concern group from his senatorial district have compiled a list of all zonal intervention projects and funds running into billions of Naira over the years which he and his close allies siphoned to themselves and never executed them and we have the records in facts and figures to back up our case.
We can also authoritatively tell you a copy of our petitions has been with the EFCC and action has since begun. To this end, we must commend the current leadership of the EFCC under AbdulRasheed Bawa who has so far used his good offices to send his operatives to our zone to see things for themselves and investigate properly last year despite the effort of the senator to stop them. This is coming after same Senator used his political powers to frustrate the investigations of the ICPC.
The group lamented on a Few amongst the project he has converted for personal use is the proposed multi million naira Suntai Dam which the senator converted to a certain Rig drilling company called Shimo Community Rig which he initially said it was for the use of the zone but we have it on good authority he has converted it to commercial use and working around Taraba and neighboring states as a private business.

Another of such is a fake MOU with the Federal University Wukari Staff School which he dubiously signed with the management to personally manage the school for as long as 28 years using his companies and allies in the arrangement that has subjected the school and heritage of our people to become his personal property for self-enrichment and enslaved our people the more.
The group stated that It is no longer news that the senator prefers to share or distribute motor bikes popularly called okada to the people while keeping to himself and his close friends and family members most the funds meant for bigger intervention programs and projects in our constituency.
We are also aware and want to tell the world that as a ranking senator and former minority leader there are privileges and opportunities that comes with such offices and the senator from our findings have nothing on ground in the form of a capital projects on behalf southern Taraba and he never executed perfectly even the mini projects he claims to have done neither did he make or create opportunities open his, constituent to benefit but just to himself and his cronies as contractors.

Furthermore, the coordinator of the group said it is very clear to the world that contrary to the speculation that he left the PDP in Taraba because he was not welcomed anymore in the party by our Governor, we must say that his exit from PDP Taraba is never a problem to worry about rather he decamped to the APC due to the pressure of EFCC to gain immunity as other former corrupt PDP members did, a trend we are appealing to the President of Nigeria and APC national Leadership not to entertain and welcome to the ruling party people with such questionable records of financial misappropriation.
Hon. Daniel Likam counted that the Senator has lost touch with the electorates who elected him, He is on his way out of politics and government that is why he is desperately seeking for a soft Landing from prosecution by joining the ruling party to get political immunity from investigation by the hard working EFCC who are already closing in on his case.

The group says they are currently documenting all that the senator has done to our zone since he came to the National Assembly In terms of works, projects and programs that are not properly executed but diverted, manipulated and that do not reflect the terms and years he has spent representing southern Taraba compared to his fellow principal officers and some Senators.
The union called on the authorities and the press to look into the menace and many skeltons of the senator in order to make life meaningful for the good people of southern Taraba and also encourage the EFCC to as a matter of service to Southern Taraba senatorial district and the nation to continue with the good work of their deep investigation on the misappropriation of funds meant for southern Taraba senatorial district and we as a concern group from the southern zone of Taraba are ready with more facts, figures and even pictures to support our allegations and petitions. 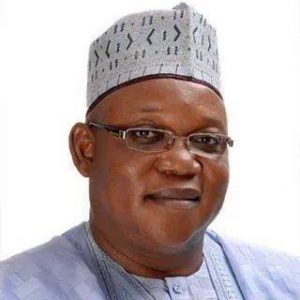 Previous post THE ESTABLISHMENT OF NEDC, THE EFFORTS OF DSK. 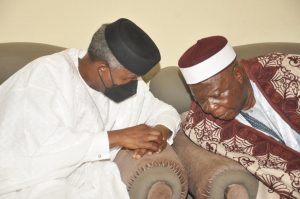 Next post AKU UKA RECEIVES YEMI OSINBANJO IN HIS PALACE