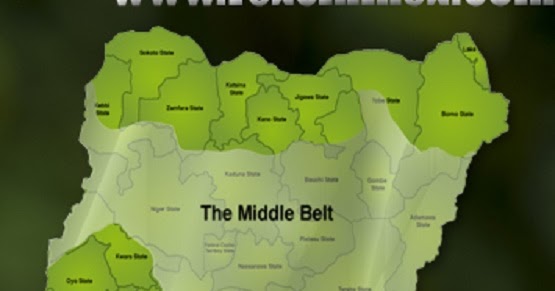 A Meeting of the Southern and Middle Belt Leaders’ Forum (SMBLF) was held on Thursday, 19th May 2022, in Abuja under the Chairmanship of the Leader and Elder Statesman, Chief Dr. E. K. Clark, OFR, CON.

i. Firmly reiterates its stance on the Principle of Zoning and Power Rotation between the North and the South, as the basis on which the Nigerian Federation has, since Independence, been premised.

ii. States, unequivocally, that the Zoning and Rotation of the Presidency of Nigeria are fundamental to the future existence of the Country.

iii. Accordingly, condemns, in strongest terms, obvious schemes by the two main political parties, the PDP and APC, ahead of their Presidential Primaries, to jettison the time-honoured principle of Rotation, which has traditionally served as the glue holding the Federal Republic of Nigeria together.

iv. Warns that the reported permutations by the main political parties to foist Northern Presidential Candidates on the nation would be a grave misadventure, with grim consequences on national concord and harmony.

v. Therefore, calls on all delegates of all political parties, and true lovers of democracy, as a sacred obligation, to reject Presidential Aspirants, or Candidates, from the North, and only vote for those from the South in the Party Primaries.

vi. Calls on all politicians and professionals from the South not to accept, on any account, the position of Vice President, as that would amount to a shameful committal of present and future generations of Southern Nigeria to senseless political vassalage.

vii. Further insists that, in observance of the principles of justice, equity, fairness and political inclusiveness, the South, and particularly, the South East Zone, being the third leg on which Nigeria’s political trajectory had revolved, should produce the next President of the Country in 2023. Insists that this would bring the Igbo quest for full reintegration and reconciliation, since the end of the Civil War in 1970, to full realisation.

viii. SMBLF commends a number of northern governors who have demonstrated great patriotism by their public support for the rotation of the presidency to the South; to name a few, Malam Nasir El-Rufai of Kaduna State, Aminu Bello Masari of Katsina State, Babagana Umara Zulum of Borno State, and Abdullahi Umar Ganduje, OFR of Kano State. While equally urging other well-meaning northern leaders, who believe in the oneness of Nigeria, to support this cause, because therein lies the unity and progress of Nigeria.

ix. On the worsening state of insecurity and rampaging violence across the country, Forum warns that Nigeria is plummeting into a state of total disorder and lawlessness, with attacks on innocent people resulting in kidnapping, loss of lives and destruction of properties happening in different parts of the country almost daily.

Sadly, the Federal Government and its Security Agencies are not doing enough to arrest the situation, whereby people can no longer travel safely either by road, rail or even by air to Kaduna State in particular.

It is not only frightening but unimaginable that despite the heavy presence of military commands and installations in the State there could be such security challenges.

Cites the bombing of the Kaduna-Abuja bound train over 60 days ago as well as the brazen attack on motorists on the Abuja-Kaduna Road about two days ago. On both occasions, innocent lives were lost while several people were wounded with many abducted. Undesirably, most of those who were kidnapped are still in the terrorists’ captivity after 60 days.

x. Forum condemns, in unmistakable terms, the killing of Miss Deborah Samuel Yakubu, a student of the College of Education, Sokoto, by her Muslim schoolmates and the wild spread of violence that engulfed the state, following the arrest of two of her killers. Denounces the worrisome disregard for the inviolability of human life by terrorists, criminals and religious extremists in the country.

xi. Likewise, strongly condemns the recent burning to death of a young man, a Sound Engineer, by commercial motorcyclists in Lagos, as well as the spree of killings and wanton destruction of properties and businesses owned by Southerners, particularly the occurrence, few days, at Dei Dei Market in Abuja.

xii. Decries the unabating killings and destruction of livelihoods in the Middle Belt Region, especially in Southern Kaduna, Southern Borno, Southern Gombe, Benue, Taraba, etc, and the inaction of the Federal Government to live up to its Constitutional responsibility of safeguarding the lives and properties of its citizens.

xiii. Classifies these killings and pervasive acts of aggression on the indigenous people, being perpetrated by elements of Islamic Extremism and Terrorists, as cultural genocide and ethnic cleansing. The Meeting cautions that these bellicosities and deliberate programs to exterminate the indigenous populations of the Middle Belt are, by implication, acts of aggression against the rest of Nigeria, and would not be tolerated any further.

xiv. Deplores the inhuman plight of the 1,700 indigenous people of Southern Kaduna driven out of their homes and have now become Internally Displaced Persons (IDPs) for over five years as well as several other Internally Displaced Persons in different parts of the country, left to live in conditions that impinge on their human rights as citizens of this Country. Hence, calls on the Federal Government to, without delay, facilitate the return and reintegration of these Nigerians into their Communities. 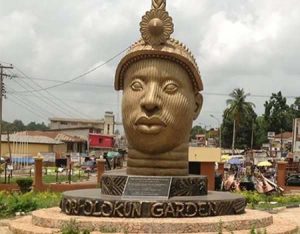 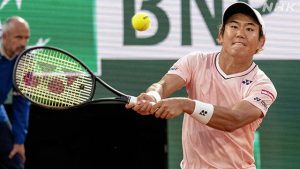 Next post Nishioka loses to Djokovic men’s singles first round