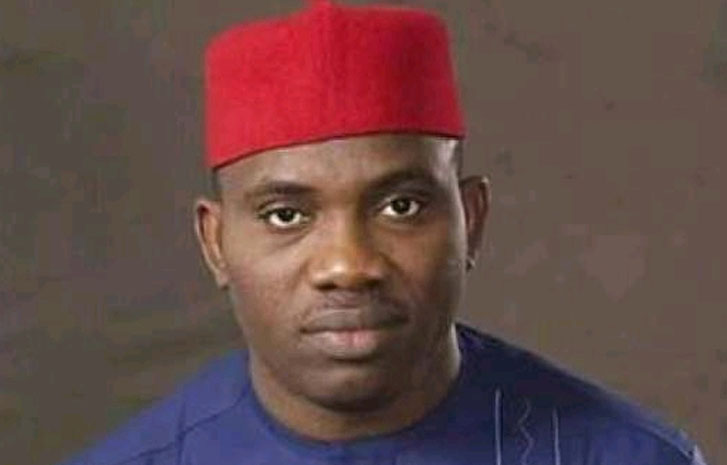 A professor of Geophysics and the Candidate of the All Progressives Grand Alliance (APGA) for the 2023 governorship election in Ebonyi State Professor Bernard Odoh, Saturday said if elected, his government annually will be sending 20 football players to Europe for training and hiring.

This he said would contribute to the growth of the state economy and reduce youth unemployment.

Odoh spoke at the weekend while responding to questions from young Ebonyi people at a National Civic & Political Summit, themed: “Civil Intelligence and Political Re-engineering for Nation Building”, held at Women Development Center, Abakaliki, said he would run a transparent administration that would show and live with empathy, in handling the affairs of the people.

He explained that if elected governor, his administration would implement policies that would have a direct positive impact on the people.

“I addressed young people at the stadium the other day, and I said, under us as government, annually, we must see to the exit of 20 players who will go to Europe for trial and if they succeed, they hire them. The cost of doing that is minimal. What Ronaldo earns in a season is more than the State’s budget for eight years.

Professor Odoh maintained that there was a need to take urgent action to liberate Ebonyi as a people, “If you go to Enugu now, if you count 20 hawkers at Ogbete main market, about 10 are from Ebonyi State; go to Abia, Aba, Onitsha, Port-Harcourt, Abuja, Lagos, it’s the same trend. There is something we can do. So, we are in a situation that requires urgent action and the only thing that is required is action.

“The action we need to take is to get our PVCs to ensure we participate in the next election. Some said votes do not count, but it counts, because if it doesn’t count, why are they buying the votes?

“Most countries are now moving from fossil fuel to clean energy, the implication is that the demand for our hydrocarbon is going to decline. This is not the time to look for people who will blow the siren, it’s time to look for people who can network global resources to do governance and work.
The former Secretary to Ebonyi State government said his administration would prioritize greatness by creating a system that would hunt for those who are best in what they do, noting that “we have people who have talents in all kinds of things. If we don’t incubate these talents, they decay and die off.”

“This is an opportunity for us to know what we need to know as a people. As a young person in this state, if you make a first class today, nobody is interested. There is nobody in scholarship in this state. If you are the best in football, nobody cares.

Speaking on the lingering communal crises in the state, the guber candidate told the participants at the summit that undue political interferences were to be blamed for the menace, just as he also linked it to high rate of poverty in the state, saying,”I speak with facts and they are verifiable. Anywhere you see crisis going -on, that crisis is instigated. A hungry man is an angry man and there is extreme poverty in this state. This narrative has to change.”

Odoh further said, “I will run a state where every citizen will have freedom. As your Governor, I won’t have any business in putting the chairman of a town union in your village or chairman of rice mill or Abakpa market; I have no business with that. I have to pursue policies that will bring resources here. That’s the job of a governor. So, I’m prepared for this assignment and I know the issues.”

“And we have painstakingly recruited the best brain for this assignment. My running mate, Dr Nkata Chuku, is one of the best Medical economists in this country today. He is from Okposi. Working with him, we will attract global funding available for health exploration, for education, for food security and sustain a growth plan that will see Ebonyi out of poverty in the next 6 years,” he added.

He further promised to address the hostile business environment in the State, the former university Lecturer, said, “give us the opportunity, we will make businesses to thrive and the mass exodus of people and businesses out of Ebonyi State will come to an end. Many are going because there is hostile environment for businesses here.”

He further said, “many Governors in Nigeria want to do things that people will see and clap for them and they concentrate them in the urban areas, but the real growth comes from the rural areas. And that’s why I spoke about ten thousand hectares of land preparation for agriculture. The most reliable rapid way to exit plan is agriculture because that’s where we have our comparative advantage.

“Ebonyi has 5533sqkm of land. The ones inhabited is less than 15%, the rest are farm lands, less than 2% of the farm lands are in plantation, yet our people are fighting for land, the land is not in use. We, as a government will have to create opportunities to put those lands in use.”

“As Professor of Geophysics, I know where the solid minerals are, we are going to map them, migrate from export for processing to processing before export to give it value.”

On Education reform the university professor said, “As for my plan for our students and school fees, I went to school and I used research funds and grants to study, if I’m your Governor, and you are a bright student, you will be on a discounted fee if your GPA is above 3.0. We are not going to do discounted school fees for lazy students. We want to promote excellence. So, if you are bright, annually we will tell faculty Deans, send us 100 names of the top students in you faculties, that 100 students, we are going to give them discounted tuition. It could be 30 or 40%.

“We will promote scholarship. If you have made first class in areas of our need, for instance, the future of the world is technology. In the past 20years, the top companies, were oil and gas companies, but today, the first 10 top companies around the world are tech companies. If you are a student in Engineering, and in any tech area, if you make first class, we will send you oversea.

“Let me say it here, when I become your Governor, our University will not shut down, because if we shut you down for two or three months, we distort your lives. Those graduating around the world, they are getting job, but our people are being stagnated. We won’t allow that to happen under us. Be rest assured that we will implement policies that will impact on you directly. We are going to have a system that will find those who are best in what they do”, he concluded.// 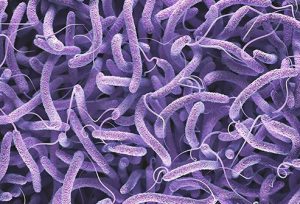