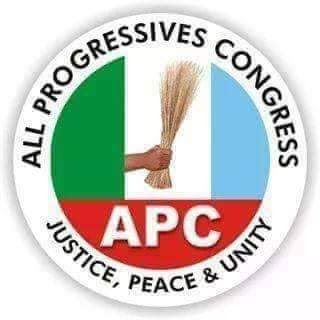 For standing firm to the end of the APC presidential primary which saw Ahmed Tinubu as the 2023 flag bearer of the ruling party, the All Progressives Congress APC Ebonyi state has described the governor of the state David Umahi as a giant and leader with extraordinary vitality.

The leadership of the APC, Ebonyi State chapter has hailed Governor Umahi for his courageous and resilient disposition during the presidential primary election of the party in Abuja.

Stanley Okoro Emegha, the State Chairman of the party, in a goodwill message during a banquet organized to appreciate the Ebonyi delegates for their massive solidarity during the polls said Umahi did not only make the Ebonyi people proud but the entire southeast.

“Your Excellency we commend you highly and celebrate your achievements. You have continuously made Ebonyi and the Igbo nation proud. You never can know the quantum of joy and prestige you gave not only to the Ebonyi people but the entire Igbo nation by your firm disposition during the polls. You have won the hearts and admirations of many as a multitude across the country have been commending and eulogizing you and the feat achieved so far”.

“Like your sing tune, you have once again taken Ebonyi out of relegation. This is just your first shot at the presidential seat but the impact was heavily felt. Beyond the southeast zone, people are now more aware that indeed there is a man who is firm and resolute in defending a just cause especially when it matters most. Your Excellency, you are that man. You are a giant and leader with extraordinary vitality.

“While appreciating the delegates and another party faithful for their unprecedented support to Governor David Umahi whom he described as a quintessential leader in Nigeria, chief Emegha said Ebonyi people are trustworthy and cannot be influenced by materialistic tendencies hence the 39 votes were judiciously utilized to give honor to the two presidential aspirants from the state.

“But one particular thing that made my heart bleed was the betrayal from our sister states. Despite the vigorous consultations and campaigns within the SouthEast states of Abia, Enugu Anambra, and Imo, their delegates could not even sacrifice a vote in our favor. Only Ebonyi delegates voted wisely. Where is the oneness in Igbo land? Chief Emegha queried.

“However, I’m encouraged this evening because you have a covenant with God., Your Excellency, your assignment is divine and must be accomplished soonest”.

“Nigeria belongs to all of us and we are not a conquered people. This is what you demonstrated at the outing. You fought a good fight and you have engraved the name of the Ndigbo on the epicenter of Nigeria’s map. People of other zones have known that Ebonyi/Igbo nation is also an integral part of the country”.

“Your Excellency, do not be deterred. You made the entire Igbo race proud and we are also grateful that we are associated with you, sir. Your gallantry at the primary will make them come for negotiation and we will be negotiating with them from a superior position. One thing is certain, for those that betrayed, betrayal will never depart from their homes”.

“We are pledging our continuous unalloyed support to your aspirations because it is not over, Nigeria is our common heritage. You did well. Everybody knows that you are eminently qualified for that position.”

Next post 2023: Umahi congratulates Tinubu, assure him of his support to win president