Ahead of the proposed july 30th local government election in Ebonyi state, the state chapter of the Peoples Democratic Party Sunday held its congress for the position of council chairmen and ward councillors in the state.

The primary elections took place across the wards and local government areas.

Tochukwu Okorie Ebonyi State PDP Chairman while speaking with journalists boasted that PDP remains unbeatable in Ebonyi as the governing APC only exists only in the government house.

Okoriw, applead hat the EBSIEC should consider shifting the election to enable other parties prepared for the exercise.

“Today we had primary elections across the wards and local government areas, for the forthcoming council elections, the EBSIEC organized elections. So, far so good, it has ended and we are collating results.

“No matter how confident I am, the bottom line is that we are going to raise alarm any time we see omission by EBSIEC that will jeopardize the credible conduct of the election.

“PDP is part of IPAC, just like APC is also part of IPAC. If IPAC said something, it’s all the parties’ decision. Having said that, I think that it’s outrageous on the side of nomination form for the candidates. One million naira for Local Government Chairmanship candidate and two hundred thousand naira for the ward councilllorship candidates are outrageous. I’m of view that EBSIEC should review that.

“Not withstanding the party crises, which I admit, but the PDP is the party to beat even It’s one person remains in the party. APC actually stands for chance. It’s not secret, go to the media, we know that some take away – some bragards who are like butterflies, because APC has not been existing in this state. It exists only in the government house.

“Our participation in the election doesn’t really mean that we are comfortable with everything that is done. One of those things we are not comfortable with is the promptness of the time. The 30 days notice of the election, is just inadequate. And by way of appeal I will suggest that the EBSIEC should consider shifting the election.

“Everything that is needed to be done has been done and any woman putting herself forward for the election should have done that”. 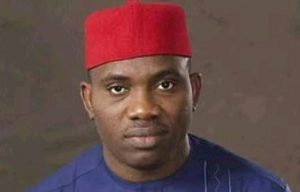 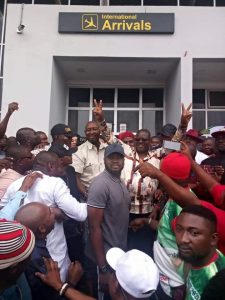