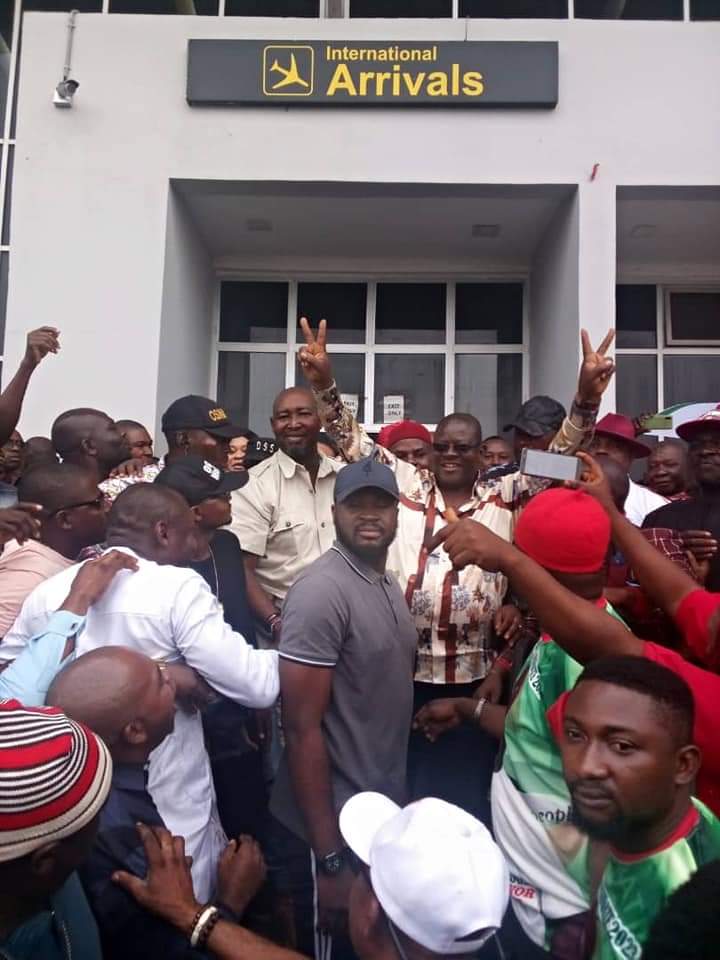 Senator Obinna Ogba, the Senator Representing Ebonyi Central at the national assembly and Chairman, Senate Committee on Youth and Sports saturday said Ebonyi state has continued to be a PDP state since 1999 and will still retain power in the state come 2023 general elections.

Ogba stated this in Abakaliki, Ebonyi State capital while addressing his teaming supporters after his reception by the supporters at Akanu Ibiam International Airport, Enugu.

Correspondent reports that the PDP supporters troop en mass to welcome the guber candidate with rouse ovation describing him as their preferred choice to succeed Governor David Umahi.

The party candidate and supporters. defied the Saturday rain and moved to the Enugu airport and while returning matched round the Abakaliki city with victory song.

Ogba is a factional candidate of PDP for the Ebonyi State governorship election.

He advised his supporters not to panic on the contending issues in state chapter of the PDP that his mandate as candidate of the party for the general election is intact.

“I don’t know how to thank you. When I came out from the Airport, the crowd that I saw was so intimidating and I asked myself, are these Ebonyi people? you have made me proud and I will not disappoint you.

“I made a promise to you that this mandate given to me, no man born of a woman will take it away. I may not have money, but I have the grace.

“Please, don’t be deceived. I have been in this party from day one when PDP was formed in August 1998 at Sharaton Hotel, Abuja and till today, I am still in PDP.

“I always say it, court does not belong to one person, court belong to all of us and they said it is only the hope of the common man.

“I know that at the end, God’s decision is the final. The one they went has favoured me, if they go back that one will still favour me.

“Don’t fear, believe in God. Social Media is not PDP. By the time we will come to social media, they will disappear. I am here to thank all of you who have stood behind me and others.

“I am not the only in this struggle, we are many in Ebonyi PDP who have been having sleepless nights, we are so many including some candidates. So, I will not take the credit alone and I want to assure you that your prayers will take us to the promised land because God knows our hearts and he knows why we are contesting and what we have for Ebonyi people.

“I plead with you, don’t shake in your support because there is no fear at all. There will be light at the end of the tunnel. I don’t want to talk too much. The day we will talk too much will come and very very soon.

“Don’t listen to gossip, be focused. The National Working Committee of the party conducted only one election in Ebonyi State and that is what is important, that is the cardinal point. The election of 4th and 5th June is the only election the National conducted.

In a remark, Bar Friday Agbom on behalf of 12 PDP local government chairmen, noted that Ebonyi people have demonstrated that they are for PDP for defying the rain to go to the airport to welcome the incoming governor.

He assured that the local government area party chairmen will work to deliver the party and all it’s candidates in the general election. 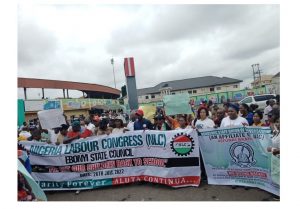