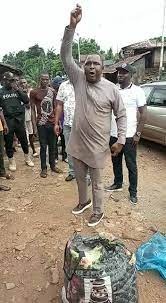 The Government Of Ebonyi State Has Reacted To A Media Publication Condemning Its Action Towards Resolving The Recent Crisis That Erupted In Edda, Afikpo North Council Area Of The State.

Orji Uchenna Orji The information commissioner in the state in a statement tagged ” THE UNFORTUNATE OPEN LETTER OF CHIEF JULIUS AMA OJI OVER THE CRISIS AT EKOLI EDDA: SETTING THE RECORD STRAIGHT”, the government said the publication was unreasonable.

The statement urges members of the public to disregard the publication as it is baseless.

The statement, “
The attention of the Ebonyi State Government has been drawn to a publication in DailySun Newspapers dated 19th January 2023 and authored by Chief Julius Ama Oji, whose accusation was nothing but that the State Government and other institutions of the Federal Government could not act upon a self-serving Panel of Inquiry spearheaded by him and instituted by a group not known to any law called Edda Identity.

“We view this publication as a substanceless distraction by a captious and ill-willed complainer who is saddened by the truce achieved by the State Government over the rift that led to the unfortunate attack at Ekoli Edda that caused lives and properties.

“The expressions contained in the said publication are unfair and unreasonable opinions formed without enough thought and knowledge of the notion of a panel of inquiry, with reasonings tainted by highly divisive and self-seeking aggrandizement of a man that is completely made-up in his bias and sentiments against peace and reconciliation in his clan.

“In his narrative of a report of a Panel of Inquiry set up in 2020 by a Platform called Edda Identity and his reservations against the State Government as well as some Federal Institutions, Chief Julius Ama Oji aggrieved erroneously by expecting Ebonyi State Government and others institutions of Federal Government to act upon a report by a Panel not backed by any law of the land and for which he was accused of being one of the key actors in the 2020 crisis in Edda.

For the record, Ebonyi State Government has not rested in her oars in ensuring that the peace-loving people of Ekoli Edda that recently suffered a breach of the peace are returned to their old past of peace and harmony. The State Government’s directive on a manhunt for the perpetrators of the dastardly act at Ekoli Edda in Afikpo South Local Government Area recently is being satisfactorily discharged by the Police as several culprits have been arrested and they must face the long arms of the law together with those at large.

To ensure lasting peace and harmonious co-existence in the afflicted community, the State Governor, acting under Section 3 of the Commission of Inquiry Law(Cap 29) Laws of Ebonyi State of Nigeria 2009 constituted a Commission of Inquiry into the causes of the killings at Ekoli Edda on the 26th and 31st day of December 2022, with a mandate to wit: – to look into the immediate and remote causes of the killing of persons at Ekoli Edda, Afikpo South Local Government Area of Ebonyi State on the 26th and 31st December 2022 – to resolve the conflict among brothers and sisters of Ekoli Edda and institute permanent spirit of forgiveness and peace among them

It is to be noted that this Administrative Commission of Inquiry has prominent sons of proven integrity of Afikpo South Local Government Area as Chairman and members and they are bound by time to submit their report.

Let it be mentioned further that Chief Julius Ama Oji in the said publication alluded to the fact that he knows those masterminding killings in the Edda clan. We encourage him to follow the part of honor by giving the Police useful information on the identities of those within his knowledge, that are responsible for the killings or he will be deemed to be concealing crimes committed under his knowledge. The government on her part is mindful of the universal standard of proof for criminal prosecution and must do everything possible not to link innocent people to offenses they never committed, no matter the pressure. No person is shielded and the principle of prima-facie cannot be sacrificed on the altar of sentiment.

Again let it be mentioned that Chief Julius Ama Oji was misguided in holding that the offense of the hard-working Police was that they charged murder suspects arrested by them to a Magistrate Court. He should know that Holding Charges have not been outlawed in our legal system and that the State Attorney-General has not been found wanting in the judicious application of his powers of nolle prosecution. We urge Chief Julius Ama Oji not to dabble in the issues of law without proper legal advice as law is not an act of buying and selling.

The wave of progress in the peace initiative at Ekoli Edda and indeed the entire Edda clan shows that Chief Julius Amah is on his own and has a dire need to embrace peace and reconciliation that is gradually and permanently returning to the afflicted communities. Blessed are the peacemakers for they shall be called children of God.

Members of the public are enjoined to disregard the insinuations and falsehood of Chief Julius Ama Oji conveyed in his sponsored publication as a condemnable clog in the wheel of the peace of the good people of the Edda clan. 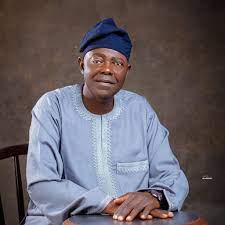 Previous post I Will Work Against PDP chances of winning the governorship – Ikenya. 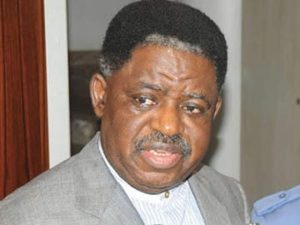