Recall that on Wednesday, Chika was arraigned and remanded for publishing materials on his Facebook page against the state government which the police said was punishable under section 516 A (a) of the Criminal Code Cap 33 Vol. 1 Laws of the state, 2009 and Section 5 (1) (a) of the state Cybercrimes(Prohibition) Law No.012 of 2021.

Chika was arraigned on a six-count charge bothering on false news with intent to cause fear and alarm to the public.

According to the charges, the Publicity Secretary of the PDP in his Facebook posts described Hon. Chinedu Ogah is insignificant and unfit to be a house of Representatives member.

He described the lawmaker as greedy, corrupt, a terrorist, a land grabber, a deceiver, timid, and a non-achiever which is causing annoyance, inconvenience, and an insult to the federal lawmaker.

After the six-count charges were read before the defendant, his counsel, Luke Nkwegu urged the court to strike out the charges against Nwoba.

The defense counsel argued that the charges were brought against Nwoba by the police in bad faith to keep him behind bars.

Nkwegu argued that the Cybercrimes Prohibition Law of the state upon which Nwoba was being tried, was not gazetted and that ungazetted law was not a law and prayed the court to grant the defendant bail.

But the Police Prosecutor, ASP Mathias Eze opposed Nkwegu and urged the court to remand Nwoba.

“We submit that the validity of a law enacted by an act of parliament, however it may be is determined by the assent of the Governor or President”, he told the court.

In her ruling, the trial Magistrate, Blessing Chukwu said the court lacks the jurisdiction to entertain the matter and ordered that the court be remanded in police custody in line with Covid-19 protocol.

She ordered that the case file be transmitted to the state Attorney General, Department of Police Prosecution, and adjourned the matter to February 4 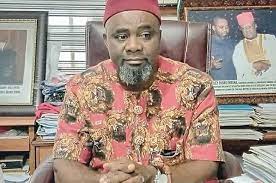 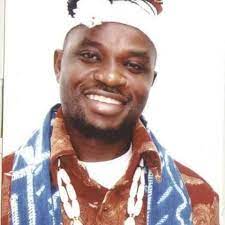