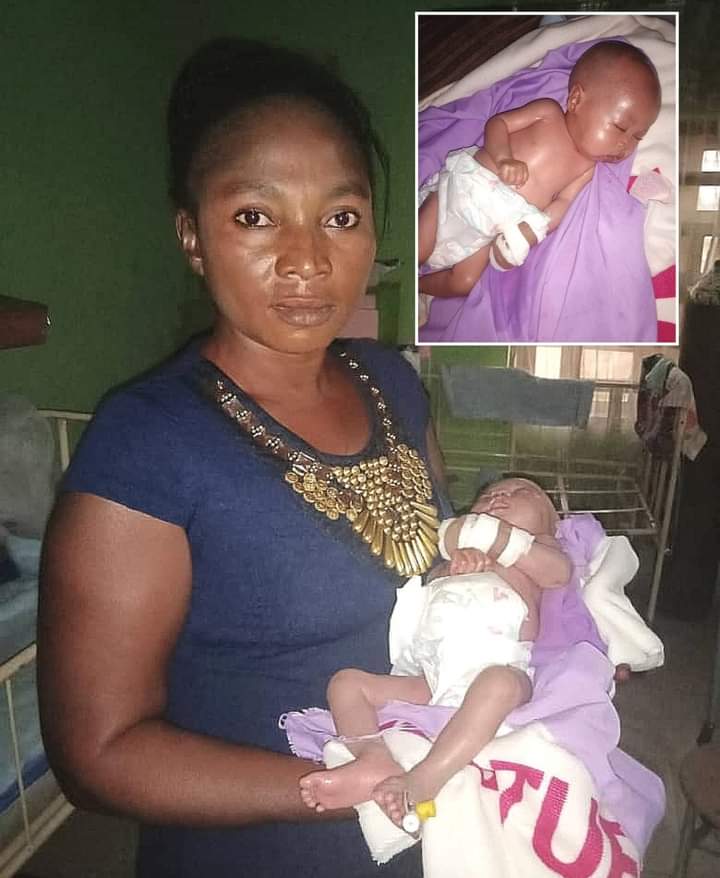 A farmer, Joy Kwaghtse, has given startling details of how she rescued a few day-old-baby who was dumped by her mother.
The child which was dumped in a farm, in Adaka area of Makurdi, Benue State capital, by a yet-to-be-identified mother, is battling for survival at a health center where she is being attended to.
The “good Samaritan,” Joy Kwaghtse, said she picked the baby along a path leading to her farm on October 26, 2021, at about 12 noon.
Speaking with journalists in Makurdi, on Tuesday, Joy said it was a pathetic sight when she saw the baby before she picked her up.

According to her, the baby was tied in a black nylon bag and was almost suffocating when she saw her.
Mrs Kwaghtse said she was shaken to her bones on seeing that the baby had been beaten by a heavy rainfall and almost eaten up by soldier ants.
“I own a farm around Adaka. On this fateful day, October 26, 2021, I had gone to check my farm when I saw something tied in a black nylon bag on a path to the farm. I did not know what it was but the sight of it from afar instantly gripped me with fear.
“At first, I thought it was a snake because it moved. So because I was afraid, I did not go close but decided to go to the roadside and beckon on passers-by.
“I called an okada man but he was too afraid to go close and quickly fled.
“Then I summoned courage clutched my scapular and dragged the bag. Then I discovered that it was a child struggling for survival.
“She had mud all over her body even as soldier ants had eaten her head, face and buttocks.
“Amidst her decaying and smelly body I picked and wrapped her.

I proceeded to D Division Police station in Ankpa quarters where I was referred to the Command headquarters.
“There, they took my statement and told me to take the baby to the hospital for immediate medical treatment. Then, I went to my sister called ‘Mama Nigeria’ who wasted no time in involving a security aide to Governor Samuel Ortom, Tughgba Nightfall.
“And courtesy of the aide, we ended up at Olive Vine Children Health Center located at SS8 Kwararafa Quarters off Atiku Abubakar Road, Makurdi.
Kwaghtse who called on the state government help save the baby said, “In all my life, I have never seen such a thing. I appeal, passionately, to government and well meaning Benue indigenes and Nigerians to come to the aid of the baby because I want this child to be alive.” 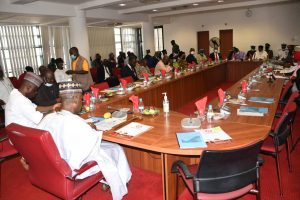 Next post Student Beats Lecturer to Coma in UNILORIN