Female UFC fighter, Julianna Pena suffered a huge injury to her forehead and has been rushed to hospital for a plastic surgeon’s immediate intervention.

UFC fighter, Julianna Pena was rushed to hospital to see a plastic surgeon after losing a ‘big chunk’ of her forehead during her defeat to Amanda Nunes at UFC 277 in Texas.

The Washington-born fighter Juliana, 32, was knocked down three times and left with a gaping cut on her forehead before the judges scored the session 50-45, 50-44, 50-43 in Nunes’ favour on Saturday night, July 30.

The fight that started as a regular match turned into something else as blood covered Juliana’s face downwards after several hits,

Juliana was taken to specialists as soon as she her defeat was declared by judges, confirmed UFC chief Dana White

‘Julianna’s got a big chunk missing from her forehead.

Taking a view of the injury white said:

‘It takes some time to heal and then I don’t know.

‘She got pretty banged up tonight, she got five or six knockdowns in the first two rounds.

‘She was hurt. She needs to take some time off, relax, spend some time with her daughter and then we will go from there.’

White also clarified that Juliana wound might be the end of her fighting career, even after she being crowned the bantamweight world champion, the tittle reclaimed by Nunes

Nunes defeated Julianna after and intriguing five-round long battle at the American Airlines Centre in Dallas on Saturday, reclaiming the bantamweight title she lost to Juliana in December.

More information would be brought as soon as it is uncovered, 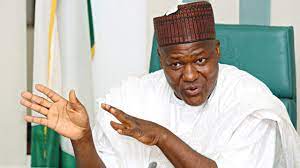