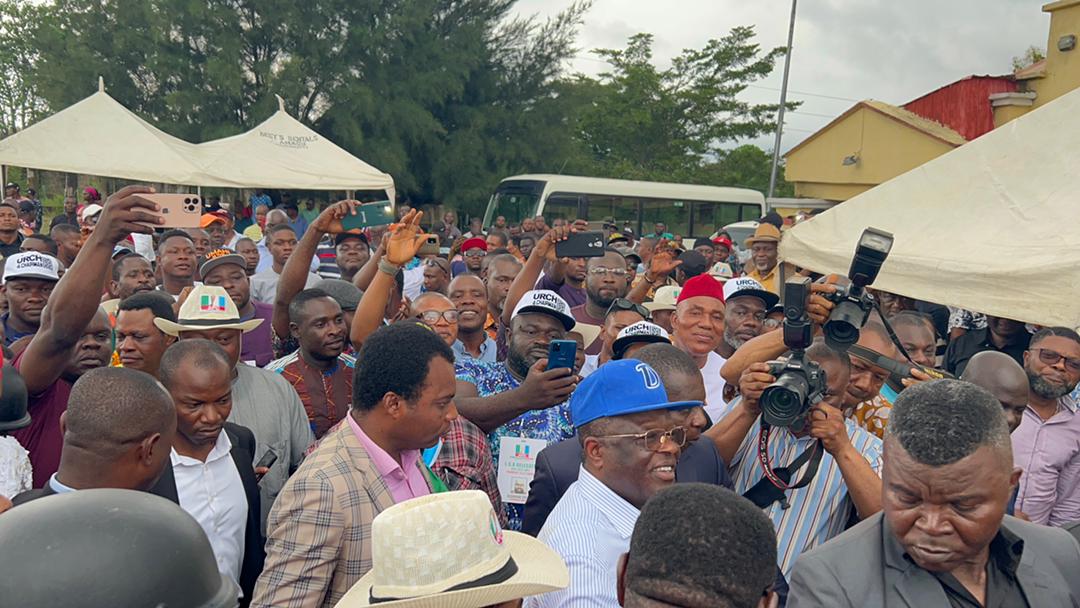 The All Progressive Congress APC in Ebonyi state has successfully conducted the rescheduled primary election for the Ebonyi South senatorial zone.

At the exercise Ebonyi State Governor, Engr David Umahi was declared the winner of the primary.

Umahi defeated, Austin Umahi and 3 other aspirants to emerge as the candidate of the governing All Progressives Congress APC in the rescheduled Senatorial primary election for Ebonyi South Zone come 2023 election.

Announcing the result, the Chairman of the electoral panel, Prof Adebayo Kehinde said Governor Umahi scored a total of 250 votes to defeat his closest rival, Austin Umahi who scored 10 votes.

3 other aspirants who stood for the Election in the zone include, Princess Ann Nwanyibuefe Agom-Eze who scored Zero votes, Nwakaego Chukwu scored 5 votes and Mrs. Ibiam Margaret scored 3 votes.

Prof Adebayo Kehinde however, announced David Umahi as the winner of the election.

“I Prof Kayinde by the powers bestowed on me by the National Working Committee of the Party, I declare as followed, the total number of voters, 285, accredited votes, 270 votes, votes cast, 275, number of valid votes 268 while invalid votes are 7 votes.

“I do hereby declare that Mr. David Nweze Umahi having scored the highest votes is hereby the winner of the primary election for Ebonyi South Senatorial zone”.

In his acceptance, speech, the winner of the primary David Umahi appreciated the electoral panel for the peaceful and transparent conduct of the primaries.

Umahi expressed his joy to the delegates for the confidence reposed in him and assured them that the All Progressives Congress APC will emerge victorious at the forthcoming general election come 2023.

“First, let me thank the entire people of Ebonyi State who defied the rain to come and witness this election.

“This ticket is a very serious
We have nothing to say yet and I want to thank all of you and accept this honor done to me first by God, the Ebonyi people, and the Delegates.”

It could be recalled that the rerun followed a recent judgment by the Abakaliki Federal High Court on the withdrawal of all previous aspirants.

The Court had earlier given the All Progressives Congress, APC, and the Independent National Electoral Commission fourteen days to conduct the election.

Umahi had earlier in a statement signed by Chooks Okoh his SA on Media and Strategy expressed hope that his people would vote for him in the primary election. A hope that has come to manifestation. 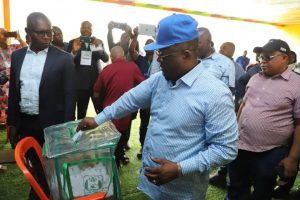