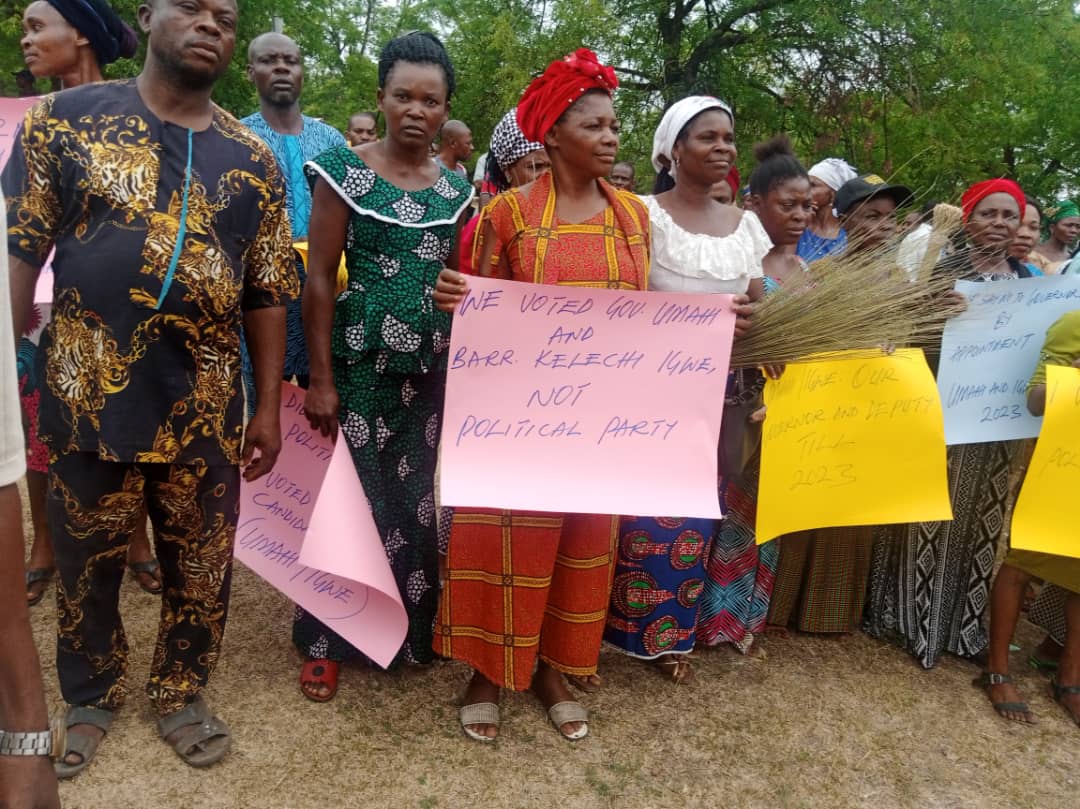 The people of Ikwo Noyo on Monday gathered at the council headquarters to show their support to the state government despite the court ruling against the Governor David Umahi of Ebonyi State, and his Deputy, Barr. Kelechi Igwe.

Men, women, and youths numbering hundreds of thousands gathered from 20 wards of the local government area for solidarity.

The APC supporters were seen chanting solidarity songs in support of the state government.

They were also seen displaying placards with inscriptions: “We gave our mandate to persons of known antecedents and proven character and not a political party.” : “Government by appointment is not known to us”.

The chairman of Ikwo LGA, Elder Stephen Orogwu in his remarks, noted that the rally was a demonstration of the massive support of Ikwo people for the governor of the state David Umahi and his Deputy, Barr. Kelechi Igwe.

Orogwu urged the people to continue to lend their support to the state government.

Other stakeholders who spoke at the event, including Barr. Celestine Igberi Nweme, a former chairman of Ikwo LGA l, and Barr. Emeka Nwode Senior Special Assistant to the Governor of Ebonyi State on Legal Matters and Conflict Resolution explained that Governor Umahi and Barr. Kelechi Igwe remains the Governor and Deputy Governor of Ebonyi State respectively until they exhaust their appeal options at the appeal Court.

They emphasized that since they have already appeared at the Court of Appeals, they were no cause for alarm.

The Commissioner for Housing and Urban Development, Chief Clement Nweke thanked the people for coming out in their numbers to support the government.

He assured Ikwo people that the APC-led government would never relent in delivering good governance to the people and when elections would come in 2023 the APC would come to overwhelm whatever is left of the opposition.

Hon. Moses Odunwa, a member representing Ikwo South State Constituency at the State House of Assembly informed the people that he and fellow members of the House of Assembly remained firmly in their positions having appealed the ruling, they have since gone back to the duties the people elected them to perform. 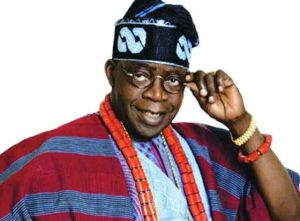 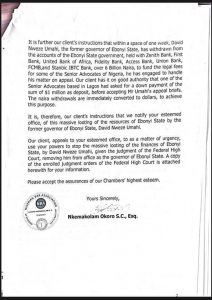