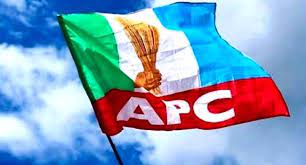 A critical stakeholder of the ruling All Progressives Congress, APC, in Ebonyi state Engr. Elias Mbam yesterday said that imposition of candidates will make the party lose Ebonyi to the opposition in the 2023 election.

Engr. Elias Mbam, who is the chairman revenue mobilization allocation and fiscal responsibility commission spoke to journalists in Abakaliki, Ebonyi state southeast Nigeria while reacting to the endorsement of the speaker of Ebonyi state house of assembly as the consensus governorship candidate of APC in the state by the state governor, Engr. David Umahi.

Mbam one of the governorship aspirants noted that endorsing the embattled speaker Ogbonnaya Nwifuru as the APC sole candidate is an opportunity to shut out other aspirants from obtaining the form.

Although the party is yet to commence the sale of forms for the aspirants, the RMAFC chairman said the purported endorsement by the governor has nothing to do with his ambition.

According to him, he is still consulting and will make an open declaration of his desire to lead the Ebonyi state very soon.

“I was not at the event where the statement was made, I have not been communicated but I am concerned and worried as a critical stakeholder of APC because if that announcement is correct, it means we are closing the political space against potential aspirants even though forms are yet to be sold but I don’t think it is good for our party.

“INEC and the party have emphasized that there should be no imposition of candidates and if we close the political space in the guise of anointing or endorsement, impose a candidate it will not be to the interest of the party it will close the chances against other aspirants and we will run the risk of losing the 2023 election.

“I know the governor is the leader of the party in the state and so all of us who are in the party are his children. I expect as a father you give everybody an equal opportunity and let the people determine who will be their governor.

“I have always been interested in serving my state and I am well prepared to serve my state. From my educational background, working experience, and social contact with the people there is no part of this country that I don’t relate to very well and I don’t think among those who have an interest nobody knows this state more than I do.

” I have served this state both as general manager of electricity board, general manager of the housing corporation, the commissioner for works which earned the state the golden award in rural development, basically, there is no infrastructure in this state that can not be linked in one way or the other to my effort. I know what my people need, I grew up here, and it has always been my desire to serve my people to pay back to this society that made me.

This announcement has nothing to do with my interest. My interest continues my interest is still there. I am consulting. A few days back I consulted all the Ebonyians in Abuja I am consulting here both individually and collectively and very soon, I will make my intentions known”.

Engr. Mbam urged his supporters not to be deterred by the said endorsement of the speaker.

0
In2022, apc, ebonyi, Imposition of candidates: APC may lose Ebonyi in 2023- aspirant, nationalglint 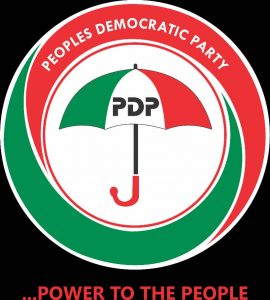