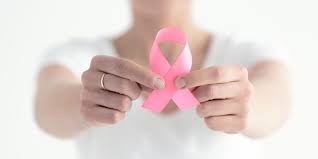 Breast cancer is on the prowl. It is killing more people like an epidemic, than ever before. Too many sad tales of wreck that this scourge has visited on homes including mine abound. We each need to be aware to stand a chance of isolating and defeating this vicious enemy early enough, if it rears its deadly ugly head.

Itoro is my elder sister. In 2016, she visited from Uyo, to spend quality time with us in the FCT. She enjoyed watching Big Brother reality TV show every evening, and converted my entire household with her, against my wish. On a certain Saturday afternoon, a former winner of the show – Kareen Igho – was on set, sharing her experience as a breast cancer survivor. She narrated how she felt a hard lump under her breast one day and decided to visit the hospital where she was diagnosed of breast cancer. She lost both breasts to mastectomy operation but survived the scare at a huge cost. She was lucky because she was diagnosed early and could afford reconstructive surgery.

Karen’s testimony caused Itoro to jokingly confide in my wife that indeed, she too had been feeling a painless tiny hard mass under her right breast. They laughed over it. “Cancer is not her portion!”, Itoro exclaimed! When I got wind of the information, I prevailed on her to seek medical examination. Garki Hospital Abuja came with the bad news that cancer is suspected. They referred her to Gwagwalada General and the National Hospitals for further examinations for further review. Both institutions returned the same verdict: Itoro had stage-two triple-negative breast cancer – the most aggressive of them all. According to the doctors, an urgent course of chemotherapy and maybe, partial mastectomy to remove the portion of the cancerous tissues of the breast could suffice to heal her. She refused and rather travelled east to meet her Pastor for prayers. To her, it was not a threat since it was painless. She was dead wrong.

Two weeks after, she returned. The tumor had moved to stage three. It required urgent full mastectomy (total removal of the breast) and dozens of harsh, cruel and expensive chemotherapy and radiotherapy courses. National Hospital conducted the surgery and administered 22 chemotherapy courses at Two Hundred Thousand Naira per course. While the treatment was on, radiotherapy machines broke down. She traveled around Nigeria – Lagos, Ibadan, Kaduna, Enugu – in search of a functional machine. She has survived for now, at a very huge cost and bi-monthly trips to Abuja for observation. Her lifestyle is changed forever. It has drilled a gaping hole on my pocket. But she lives. Thank God.

Fabuyi’s wife was not so lucky. She was breastfeeding when spasms of pain set in. The breastfeeding activity masked the danger and degree of the ‘monster’ from manifesting at early and arrest-able stage. She weaned her baby only to discover that the lumps on her left breast hitherto taken for breast milk refused to disappear. Immediate diagnoses were carried out but it was already too late. Millions of Naira, three visits to India, mastectomy of both breasts and expensive chemotherapy did not save her. She suffered excruciating pain and was unable to sleep throughout the last three months before she passed on, leaving behind a devastated husband, a good career (she was a nurse!) and three innocent children.

Ginika’’s mother kept faith with the Nigerian medical system for solution to her case. After spells of chemotherapy treatment and endless visitations to the National Hospital without improvement, she was flown to South Africa. It was already too late. She returned in a body-bag to Nigeria.

Above three real-life illustrations that I experienced, highlight the frightening escalation of incidence of breast cancer among women in Nigeria. The three examples happened to people around me, within the last one year. A colleague – Mrs Nnenna Emery-Ukiwo succumbed to the scourge in far-away India, in May 2017.

According to Dr Chinyere Akpanika, a gynecologist at the University of Calabar Teaching Hospital (UCTH), “breast cancer is the second leading cause of death in women worldwide after lung cancer. In Nigeria, over 100,000 new cases of breast cancer are recorded yearly, with a 100% increase in incidence in the last decade.” I believe the figure is higher, due to unreported cases of victims in rural communities and prayer-houses.

Mayo Foundation for Medical Education and Research (MFMER), a US-based front-line medical not-for-profit organization says that breast cancer risk is a function of both environmental/ lifestyle exposures and genetic factors. The risk of breast cancer increases with increasing age, a personal history of breast conditions, a family history of breast cancer, inherited genes – BRACA1 and BRCA2, chest exposure to radiation at a young age, obesity, beginning menstrual period at a young age, beginning menopause at an older age, having your first child at an older age, having never been pregnant and alcoholism. Black women are three times more likely than white women to get the aggressive and deadly triple negative breast cancer, for which there are still no approved targeted treatments. Researchers do not yet know all the reasons why this is so, but are looking for answers.

Studies by the Oncological Society of the United States reveal that patients with sub-optimal breast surveillance have higher fatality rate, than those without. The situation is direr in Nigeria because of lack of knowledge, poor expertise, religious taboos, superstition, high cost of treatment and dearth of cancer treatment machines/facilities. For instance, the National Hospital Abuja did not have a functional radiotherapy machine until February 2018. The machine, which was donated by Shell Nigeria Exploration and Production Company (SNEPCo) is one of only ten of such systems listed as available in Nigeria by the International Atomic Energy Agency’s (IAEA) Directory of Radiotherapy Centers (DIRAC). This equates 1 machine for 20 million people, based on the projected population of 200 million. Even at that, less than 40% of the machines are functional and working at any point in time. Patients have had to wait several months on cue, to get a chance of treatment. By the time the treatment comes, it is often too late. It is that bad.

Ladies can save themselves and their families the trauma, cost and pain of full blown breast cancer by imbibing monthly Breast Self-Examination (BSE) – a simple step that reveals any changes that might require the attention of a qualified professional. The slightest of changes, should be reported to the health provider. Annual mammogram and other female related screenings must be conducted regularly. Nothing should be left to chance because early detection is key to survival. Awareness on this scourge needs to be amplified from the rooftops. We can be our sister’s helpers. You might save a life. I just did. 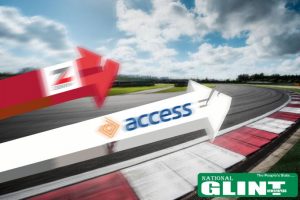 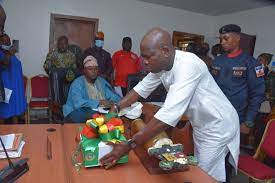