Lekoil Nigeria Limited has asked the court to punish Savannah Energy for contempt of court for proceeding with the Extraordinary General Meeting held on Thursday, April 7, 2022 despitean injunction issued by the court, and for encouraging the general public to discountenance the‘BOUGHT’ court injunction.

Lekoil Cayman Limited, the second defendant in the suit that was filed to halt the EGM challengedthe jurisdiction of the court to issue an order on a company without a physical presence or business in Nigeria.

The presiding judge, Justice Y. Bogoro, delivered a Bench ruling agreeing with the representations made on behalf of Lekoil Nigeria (the Plaintiff) on hearing only the motion for mandatory injunction – i.e. the contempt suit, against Savannah Energy and Lekoil Cayman.  The court was convinced by the arguments made by Lekoil Nigeria’s counsel that, irrespective of the fact that there were motions challenging its jurisdiction, the Plaintiffs’ motion for mandatory injunction and other orders should be accorded priority. The court adjourned the hearing of the application by the plaintiff, Lekoil Nigeria, to June 20, 2022.

Lekoil Nigeria had sought the injunction further to the announcement of February 28, 2022 by Lekoil Cayman Limited that it had entered into an agreement with Savannah Energy Investments Limited, a subsidiary of Savannah Energy PLC.

Prior to the injunction, Lekoil Cayman and Savannah Energy had scheduled an Extraordinary General Meeting (EGM) to hold on Thursday, April 7, 2022. Both companies proceeded with the EGM as scheduled, acting in defiance of the court injunction. 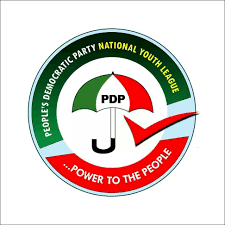