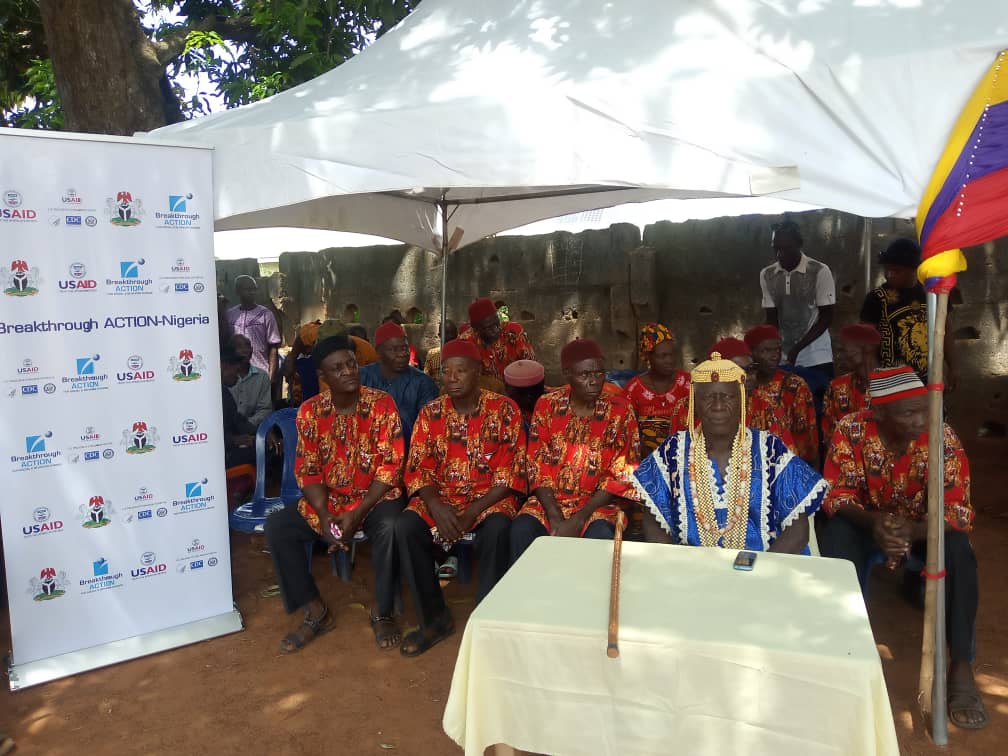 It is no longer news to note the level of Immoralities in our society , young people are  mostly found in this  loop  for one reason or the other apart from the fact that it is almost a general way of life in most places.

after a long community health engagement organized by USAID-funded organization Breakthrough Action Nigeria (BA-N) to stop the maternal mortality rate in the Ezza Inyimagu community, Izzi local government area of Ebonyi State, the people of the area have made a public declaration against early marriage, and delivery with unskilled birth attendants in the area.

His Royal Highness Eze Linus Nwizi of Ezza – Inyimagu community during the event at Izziogo central school on Saturday,  stated that it was prohibited for pregnant women to miss antenatal care or practice FGM on their female children,  Ezze Inyimagu being  made up of 28 villages and the by-law abides in all the community residents.

The community also warned against forced marriage in the community noting that it is also part of GBV. Furthermore, Eze Linus Nwizi, while addressing the villagers, said defaulters of the law shall pay the sum of ten thousand (10.000) one cartons of beer and two gallons of palm wine  or  face the penalty of  being banished from the community.

He advised pregnant women  of the community to ensure that they collect money from their husbands to attend antenatal care at government-approved hospitals.

This  by law was made mandatory by the traditional ruler  as some pregnant women usually die on giving birth sometimes the child will die as well.

The preachings of  BA N and other NGOs  has brought the community to realize the challenges these practices impose on us including maternal death.

This public declaration is the first stage,  from school to school, village playground, churches, in the market to educate our people so that the law will be obeyed,

The maternal death rate is high, let’s put an end to FGM both young and old , report any defaulter.

The world is developing, let us stop the early marriage, allow your child to grow, and choose a husband don’t force your child into marriage.