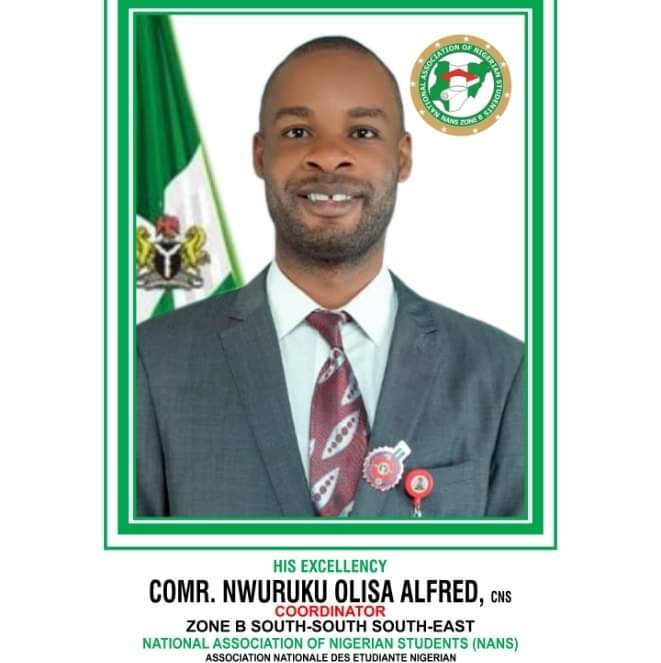 The National Association of Nigerian Students, (NANS) has appealed to students of Ebonyi State University (EBSU) to shun anything protest as it has waded into the impasse between the management of the school and the students of the university over a new fee introduced by the school for fresh students.

Report has it that the management of EBSU had announced an increment in the school fees and introduction of “developmental fee” to be paid by 2021/2022 fresh students.

The NANS Coordinator, Zone ‘B’ South-East and South-South, Comrade Alfred Olisa Nwuruku, made this known during the inauguration of Ebonyi State Joint Campus Committee (NANS JCC), led by Ettu Maduabuchi Eze of AE-FUNAI.

He said NANS had initiated dialogue with the management of the university and the students’ leadership to ensure that the issue did not degenerate.

According to him, NANS had met with the state varsity management comprising the Vice-chancellor and all the top management officials, and another meeting had been scheduled for February for the continuation of the dialogue.

Nwuruku said at the students union are expected to present all their challenges to NANS for onward and presentation to the school management and dialogue on February 1st.

A memo titled “Newly approved developmental and accreditation fee” which was signed by the university’s Registrar, Mrs. Bibian Nwokwu made public on January 5, 2022, said the decision to increase the fees/levy payable by the students was taken during an emergency meeting of the top management committee of the university held on 10th December 2021.

But Nwuruku in a reaction called for peace among the students and urged them to desist from any form of protests for now, while negotiations last.

“I applauded the management of Ebonyi State University, Abakaliki, for always hearkening to the cries of the students. I initiated negotiations with the management on the need to have a second thought on the newly introduced “Developmental levy” for 100 level students, and accreditation fees for continuous students, considering the economic situation in the country.

“Based on this, we pleaded the levies be scraped or possible adjustment is done immediately.

“While we lend our voices with the SUG leadership to chat a way forward, we’ve resolved to be following up the resolutions of the Congress and to follow-up accordingly to make sure Nigerian students get relieved from this sudden hike in their tuition fees through the introduction of new fees in the university amidst the economic situation in the country,” Nwuruku said.

Nwuruku, however, warns against any form of protests, for now, saying that NANS will not support it.

He maintained that peaceful protest would be the last option when other alternative approaches must have been fully exhausted. 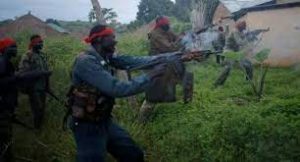