The Nigerian Bar Association (NBA) has come out to say amidst rumors of former big brother naija season 7 contestants, beauty Tukura being a member of their association, following her introduction into the house as lawyer

The organization in person of its first vice president claimed that Beauty Tukura is not a member of the body of lawyers.

The first Vice President of the NBA, John Aikpokpo-Martins, issued a statement on Monday.

The official said the attention of the association and members was drawn to reports about the former Miss Nigeria.

Aikpokpo-Martins after a check of the database in the supreme court said she was not found in the roll of legal practitioners nor NBA, although he made clear that it would be “embarrassing to most members of the legal profession and may bring the profession into disrepute if found to be true”.

“I hereby appeal to anyone who may be aware of her true name assuming we may have gotten her real name wrong to reach out to me,” he added.

Beauty was on Sunday disqualified from the show after receiving three strikes in less than two weeks. 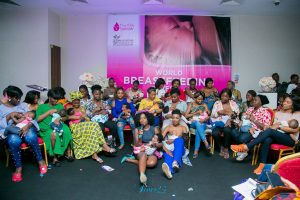