In line with the charge of the Commandant General (CG), Nigeria Security and Civil Defence Corps (NSCDC), CG Ahmed Abubakar Audi PhD, mni, has recently reiterated and sworn to stamp out oil pipeline vandalism, illegal oil bunkering, illegal dealings in petroleum products, illegal mining of solid and natural minerals and other disheartening forms of economic sabotage, being perpetrated by criminal elements, in our dear nation.

the Commandant, NSCDC, Lagos State Command, Commandant Eweka Edenabu Okoro, has earlier today, Friday, 22nd July, 2022, ordered the parade of suspected oil thieves, apprehended by the Anti – Vandal unit of the Command, in connection to the operation of illegal bunkering site used for the adulteration of Automotive Gas Oil (AGO) also known as diesel, in a large quantity at No. 5 Abayomi Estate, Olusosun, bus stop, in the Oregun axis of Ikeja, Lagos.

The gallant Anti – Vandal unit, of the Command, states that the illegal bunkering site was stormed at about 15: 20hrs, yesterday, Thursday, 21st July, 2022, when the Anti – Vandal team on routine and surveillance patrol caught up with about six ( 6 ) suspected oil thieves, who were caught while attempting to load a forty thousand ( 40,000 ) capacity truck, with suspected adulterated AGO, also known as diesel at the site .

The Anti – Vandal Unit, of the Lagos State Command, upon bursting the illegal bunkering site, where it was discovered that AGO was being illegally stored, adulterated and used for commercial purposes, also arrested and recovered  items respectively :

(iii) 2 pumping machines and both empty drums and filled drums, with suspected adulterated AGO discovered at the site.

The Commandant, NSCDC, Lagos State Command, Commandant Eweka Edenabu Okoro had also  directed the immediate arrested suspects be brought for adequate interrogation and investigation, in the Intelligence and Investigation (INT) Department , at the State Command Headquarters in Alausa, Ikeja, before further legal action will be taken on the matter.

The Anti – vandal unit of the Command has also been directed by the Commandant to take full charge of the illegal bunkering site immediately, so as to forestall any further untoward activity by these economic saboteurs of our collective commonwealth.

Finally, Commandant Eweka Okoro, while addressing Journalists at the site, earlier this morning, wondered at the shameful act by citizens, who are perceived to be honourable, considering the environment ( gated estate ), where the act was being perpetrated. However, he avowed his unflinching commitment to the vision and mission of the Commandant General, CG Ahmed Abubakar Audi, PhD, mni, in relations to the eradication of illegal dealings in petroleum products and all forms of economic sabotage in the state and nation.

The Commandant also said, “he seized this opportunity to warn oil thieves in the state to desist from the inimical act capable of sabotaging the nation’s economy with the disturbing untoward experiences it could bring upon the ordinary citizens of our nation.”

“He however, warned that failure of the unrepentant vandals and oil thieves to desist from the act will be meted with stiffer actions from the Command, which may eventually lead the culprits to face the full wrath of the law.” 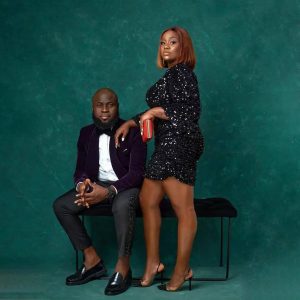