There have been mixed reactions after the Saturday, July 30th local government election in Ebonyi State.

There is bickering between the People’s Democratic Party(PDP), Ebonyi State, and the state Commissioner for Information and State Orientation, Uchenna Orji.

PDP through its State Chairman, Tochukwu Okorie alleged that thugs loyal to Orji armed with guns and other harmful weapons in several vehicles and attacked the Chairmanship Candidate of the party in the Ivo local government area, Cornelius Chukwu, and some other members of the party while waiting for the distribution of electoral materials for the election.

“Tochukwu said, these hoodlums arrived in several vehicles and drove straight into the premises while our members were waiting outside the gate. When our members moved to go into the premises, the hoodlums started shooting sporadically, aiming for our members as they scampered for safety. They chased our people with machetes and pieces of wood and eventually hit the PDP chairmanship candidate Mr. Cornelius Chukwu on the face with a plank narrowly missing his left eye.

“Another of our members sustained a machete cut on the head while yet another got hit on the knee. All three are currently receiving treatment in different medical facilities. Countless others sustained different degrees of injuries ranging from minor to life-threatening.

“The People’s Democratic Party Ebonyi State chapter condemns in strong terms the gun attack and wanton violence perpetrated against our members in Ivo LGA by a whole army of thugs loyal to and led by the Ebonyi State Commissioner for Information Mr. Uchenna Oji during the LG Council elections of Saturday, July 30, 2022. We promise the victims and all the good people of Ebonyi State that we will do everything under the law to bring the perpetrators to book.

But in a reaction, the state Commissioner for Information and State Orientation, Uchenna Orji through his Special Assistant, Nduka Solomon denied the allegations.

“attention of Ebonyi State Ministry of Information and State Orientation has been drawn to a publication by one Okoroafor Tochukwu Okorie circulating in social media and containing defamatory allegations against the person and office of Hon Barr Orji Uchenna Orji, Commissioner for Information and State Orientation in the matter of Ivo Local Government Council Election 2022 held on the 30th day of July 2022.

“In the publication, the said Okoroafor Tochukwu Okorie who had long been removed as State Chairman of PDP in Ebonyi State through an order of perpetual injunction by a Court of competent jurisdiction for lying on oath, posed as PDP State Chairman and raised weighty criminal allegations which are nothing but unfounded mendacities of an impostor who compounds the political burden and confusion of PDP in Ebonyi State through self-seeking utterances that have no political value.

“It is foolhardy for Okoroafor Tochukwu Okorie to zero in his tainted imaginations of a non-existent crime on the person of Hon Barr Orji Uchenna Orji. For the records, Hon Barr. Orji Uchenna Orji is a law-abiding citizen who has a positive political history and who is guided by good conscience in all his political engagements. 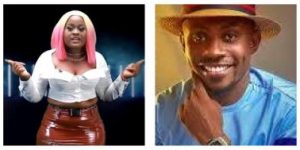 Next post PDP CRISIS ENDS AS BOT SETS IN