Peter Obi, presidential candidate of the Labour Party (LP), made a statement of what he will do when he surfaces Nigeria’s president in 2023.

In his statement in Abuja on Friday, Obi gave assurance to do his maximum to exile the corruption that has shrunken the system, instead of looking back to past administrations with a view to probing them,

Obi said he won’t probe past administration, according to the former Anambra state governor, victimisation and witch-hunt are not any of his interests or motives. His words: “As for probing the past government let me tell you, you see me argue it that you can’t close your shop and be chasing thieves. Those who only look at yesterday and today will miss tomorrow. God did not give us eyes at the back, mine is to look forward.

“If you come into government today and decide to stop the leakage first, you will get more. I am not going to be part of any form of victimization or witch-hunt, it won’t happen. Nigerians must live within law and order.”

In another development Senator Yusuf Datti Baba-Ahmed, the newly unveiled vice-presidential candidate of the Labour Party, has accused Asiwaju Bola Tinubu of pushing Nigeria into a mess by helping ‘a bad leader’ become president because of his own selfish ambition to lead the country.

According to Baba-Ahmed, Tinubu’s decision to join forces with President Muhammadu Buhari ahead of the 2015 presidential election was not borne out of his conviction that Buhari was the right person to lead the country.

Baba-Ahmed alleged that Tinubu, who is the ruling All Progressives Congress (APC) 2023 presidential candidate, only supported Buhari for his self-seeking ambition to take the reins of power in 2023.

He stated this in an interview with Arise TV hours after the Labour Party presidential candidate, Peter Obi, unveiled him as his running mate on Friday.

While noting that Tinubu and Atiku Abubakar, the People’s Democratic Party presidential candidate, are ‘master politicians’, Baba-Ahmed said “right now, in the 2023 presidential election, all I can see is His Excellency Peter Obi, with due respect to the others.”

He said, “I have worked with Atiku. Atiku is knowledgeable in his own right, a master politician and all that. Tinubu is the master politician but he didn’t have to give a Buhari to Nigeria for eight years because he wants to be president. He didn’t have to do all that. If he was that good, he should have simply taken Nigeria in 2015, why bring Buhari and all that has happened?

“He (Buhari) yielded to the master politician of Nigeria (Tinubu) because they funded him. FIRS belongs to you (Tinubu), SGF belongs to you and he (Tinubu) is putting certain kinds of northerners so that by either 2019 or 2023, he could then draft them as his deputies. This is wrong.”

Baba-Ahmed described President Buhari as ‘a bad leader’ whose alleged mis-governance plunged the country into its current economic and security afflictions.

He said the separate agitations for secession by Nnamdi Kanu and Sunday Igbo in the South East and South West, respectively, were a result of poor management of the country’s diversity by the president.

“They (agitations by Kanu and Igboho) have been handled very poorly. Because if for any reason I happened to be President Muhammadu Buhari, I would have in 2015 given Ogbonnaya Onu the SGF of Nigeria and told him I don’t want to hear anything as such. But Buhari was such a bad leader, why hold a part of the country with such disdain? Because they gave you 5% votes? He said it so if I repeat it I’m not wrong.

“I’m too Nigerian to succumb to answering questions about Sunday Igboho and (Nnamdi) Kanu. My overwhelming interest now, by engagement is education and by government role, is security and economy.

“His Excellency Peter Obi is of a certain technical opinion that they (Igboho and Kanu) hardly exist and if you listen to his argument, he is right. If they had not been mismanaged, they would not be there today.”

Asked what Nigerians should expect if Obi and he were elected to office, Baba-Ahmed said: “What I am bringing to the table is a flair for educating Nigerians. There is a pyramid I was trying to build and block all the gaps. In the entire population of Nigeria, one must fall into one of these: Civic awareness, enlightenment, education, and professionalism

“I am bringing to the table the feeling of liberty to all Nigerians that we are taking back our country which presently does not belong to us.

“Drive from anywhere to anywhere in Nigeria, stay in any hotel, and conduct your clean business and Nigeria belongs to you. Right now, it doesn’t belong to us. It belongs to people in the bush.

“Reform the typical family budget: Everybody is now spending on security, you know blocking your windows, metal security doors, power generators, that is to those who can even afford it.

“We want to make life simple so that you spend less on all of those because the government has spent money well to take those off your family budget.

“I am bringing to the table consistency with the character of His Excellency Peter Obi to attract more of the new generation. We want to respectfully retire anybody who is beyond our average age between me and him (Obi).

On how his candidacy will neutralize the stereotyping of Obi as a pro-Igbo politician, he said: ““I have been educating people about the basic differences of some terminologies that they were using which I really don’t have (to say) and it is working. I am working with a responsible (and) respectable clergy to further educate others to see people as Nigerians.

“There’s also a certain agenda which I am doing deep down up north (asking them) in the last eight years what have you had? You’ve had religious and tribal bigotry and all that. For twelve years, 12 million people were insisting on you (Buhari). You finally got it and in the last eight years what happened? (The people) became more insecure, you became poorer (and) you became more disunited. Now what do you want in your life? Do you want security, do you want prosperity? Ok please let us show you how. Now we are getting a credible leader.

“We are presently convincing people up north that electing for yourself a good leader is practically putting money in your pocket, practically bringing security to your doorsteps, education in your head, and healthcare to your body.

“I am in the business of classrooms, there is one sitting where I told them (that) there is no natural disasters in Nigeria but look at the countries with responsible leaders but with a great deal of natural disasters. Give them six months, and they would have entirely recovered and (be) even better than before, built better houses and better bridges than the ones the natural disasters destroyed.

“When you have just one bad leader, the ground would be shaking not from earthquake (but) from bombs dropping (and) bombs exploding. That is where we are approaching very fast. The only train that was functional in Nigeria for passengers, not done by this government, has been blown up (by terrorists). After all promises, up till today, they have not fixed the train, they have not (secured) release of the captives and what do we get? The Kuje prison attack.

“If you want peace and prosperity, allow us to tell you what you need, and what you need is a credible leader.” 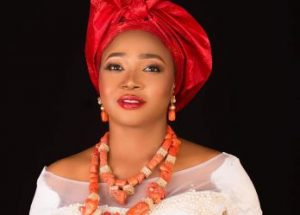 Next post 2023: APGA Senatorial aspirant others withdraw from the race