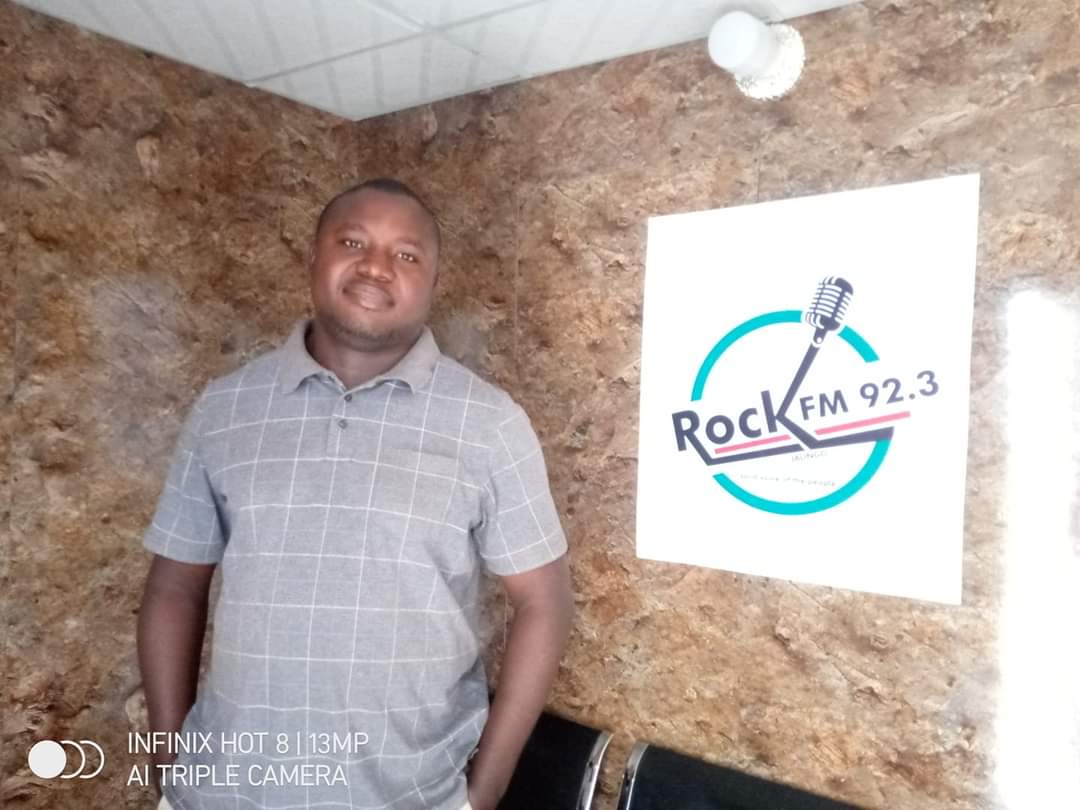 Few hours after the operative of the Nigeria police Force Criminal Investigative Department (FCID) picked up the Chief Executive Officer of Rock FM and publisher of Taraba Truth and Fact newspaper
Attention has been drawn by many from the civil society, social media and journalists demanding for his freedom

Meanwhile Mr. Rikwense Muri wrote to defended the state while Ayodele was picked and titled it

“Why the Police is Investigating Mr Ayodele, CEO of Taraba Truth and Facts Newspaper;

Senator Emmanuel Bwacha is a law abiding citizen of Nigeria who believe in the rule of law and justice for all. He has never harass any journalist or attempt to violate the fundamental rights of his critics as did Governor Ishaku in the case of Comr Idris Ayuba who spent months in detention for criticizing the government on social media or the Expulsion of Comr Joseph Israel from Taraba State University for his critical post on Facebook against government and education in Taraba State.

Yes it is true that Senator Bwacha has formally written to the Inspector General of Police a complaint of deliberate injurious falsehood/defamation of reputation/character by Oloye Ayodele Samuel, the CEO of Taraba Truth and Facts Newspaper.

I am happy that Ayo himself said he was invited by the Inspector General of Police to clear himself of the allegations of unethical journalism. I think he should focus on doing so and come clean, instead of attempting to whip up public sentiment against a law abiding citizen that has followed due process. This is not about Ayodele Samuel as an individual, Taraba Truth and Facts Newspaper must be hold accountable and take responsibility of its contents published for public consumption.

For the record, Oloye Ayodele Samuel the CEO of Taraba Truth and Facts hides somewhere either in Lagos State and from his hiding place writes/makes false publications against indigenes of Taraba State, most especially Public figures, with a view to constantly causing disaffection amongst Tarabans, and as a way of earning a living under the guise of journalism.

In a screaming headline of the said Taraba Truth & Facts of Friday April, 15, 2022 captioned “Constituency Projects: Bwacha Risks 14 Years In Jail As ICPC Indicts Him”, the said Oloye Ayodele Samuel made a false publication against Senator Bwacha to the effect that he have been indicted by the Independent Corrupt Practices and Other Related Offences Commission (ICPC) for diverting or misappropriating monies meant for his Constituency Projects and would be jailed for 14 years.

ICPC has no such publication anywhere and did not indict Senator Bwacha in any respect. The Commission has never invited the Senator in connection with any allegation of fraud nor found him culpable of any such allegations. This is a deliberate falsehood calculated attempt to tarnish Senator Bwacha’s reputation, because the ICPC’s Legislative Constituency Project Tracking Report of 2020, which was released last year, commended him for consistently lobbying projects to his Constituency and ensuring their smooth implementations.

Again, in another bold headline of the said Taraba Truth & Facts of Wednesday February 23, 2022 with the caption “Bwacha’s 1999 Petition Against Gen. TY Danjuma Hunts Him”, the said Oloye Ayodele Samuel falsely published that Senator Bwacha wrote petition to the National Assembly against the nomination of the revered Elder Statesman, Gen. T. Y. Danjuma and one other person, not to be screened and/or confirmed as Ministers of the Federal Republic of Nigeria. And, according to the malicious falsehood, this accounted for the reason why Gen. T.Y Danjuma is purportedly against the senator’s political ambition.

The sole aim of this falsehood is nothing but to cause disaffection between senator Bwacha and our father and Elder Statesman, Gen. T.Y Danjuma, knowing fully well that the Elder Statesman is well-respected in our State and in Nigeria. This is also intended to cast aspersion on the senator’s person and political interest and to portray him as someone who is disrespectful to our Elders.

Not yet done, or either this business of maligning and defaming the Senator is paying off well, the said Oloye Ayodele Samuel further made damaging attacks on his person in another publication, which he titled “Open Letter To Senator Emmanuel Bwacha: Why You Should Leave Me Alone And Face Your Many Demons. Re-Taraba Truth & Facts – A Journalistic Hater and Blackmailer”. In this publication, he labelled the senator as “a liar”, “a bully”, “a blackmailer”, “self-pride and arrogance”, a man of “dubious will”, and all sorts of unprintable names. In one of the paragraphs of the said publication, he published thus: “
“…you have bragged at several meetings on how you will chase some people out of Jalingo, I know am number three on that list, but Distinguish, why don’t you wait until you legitimately get your party’s nomination and win the mandate of the people before making such boast. Am confidently sure Tarabans will not vote for a bully who will take them backward due to his self-pride and arrogance”.

There is no doubt that the right to freedom of expression, which includes freedom to hold opinions, to receive and impart ideas and information without interference is constitutionally guaranteed under Section 39 of the 1999 Constitution, as amended. The media play strategic role in the society through disseminating information to the people so as to enlighten and make them make informed decisions.

However, the right of a person or the media to disseminate information is not a blank cheque, but subject to making or publishing only such facts or information that have been verified and confirmed to be true. Anything short of this standard is libelous or defamatory and could render such person or media outfit and/or the publisher liable in an action for defamation.
Injurious falsehood or defaming the character or reputation of another person, like what this person has been doing against Senator Bwacha, is not only unconstitutional but a wrongful act as well as a criminal offence. We live in a society governed by law and must respect those laws. Please Ayodele should clear his name and come clean because senator Bwacha has nothing personal against him. Let the law take it’s cause.

However many have turned down the explanation behind Mr. Rikwense Muri but said
The Self-Acclaimed APC Gubernatorial Candidate in Taraba State has started on a bad footing by this incessant arrests of anybody criticizing him in the media.
Stating that first it was Hajiya Ladi JJ and one other person and today it is Mr Ayodele Samuel the publisher of the indigenous Newspaper Taraba Truth and Fact and owner of the first FM Radio in Taraba State Rock FM .

The writer said ” We learnt the Senator wrote a comprehensive petition to the IGP against Mr Ayodele in an attempt to silence him completely from operating his radio station and his Newspaper whom the senator see as a major threat to his aspiration;
He further said, Senator Emma Bwacha who is also operating Shimo FM radio is intimidated by the media prowess of Mr Ayodele and see him as a major competitor in the field hence he felt Ayo will not promote his political quest

That We learnt the Senator tried repeatedly to lure Mr Ayo to join his camp but the young man who prefer to remain neutral in his operations consistently turned down the offer.
Which Ayo reported some damning stories few weeks ago and this triggered that Camp of Bwacha and Danji-SS.

The writer is also asking the question how the Senator aspired to govern Taraba State by being tyrannical?

If that is his mission then he should be ready to arrest many more since he is not conversant with criticism as someone who is doing opposition politics for the first time.

The Senator is busy arresting his critics while a certain purveyor of blackmail and orchestrator of fake news is serving under him as his media aide.

Who will also arrest the lying machine known as (Rikwensi Muri) who has been so uncouth on other political leaders in Taraba State? There’s no opposing politician in Taraba State that Muri hasn’t insulted or used derogatory remarks on him or her what if they also acted the way Bwacha is doing to others? Even recently he blackmail the former Chairman of Takum Local Government Area Hon Shiban Tikari, where he tried to incite his (Kuteb) race against the former Chairman in a highly sensitive security matter but was Muri arrested?? Guess he’s walking free and still spewing out rubbish on people in the name of media aide?

Saying Senator Bwacha should not be one of those elites who derived joy in bullying those below them because power is transient he will not remain at the top forever.
Our friend Ayodele Samuel deserved his freedom.
In another members of Ayodele lovers, friends and media team in Taraba are working towards his freedom.

We shall bring you more of the stories as it breaks 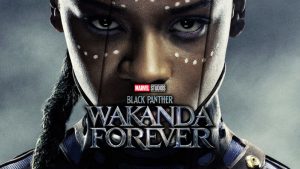