The tragic moment unfolded during a nice home party in the village of Karmei Yosef, just outside Tel Aviv, Israel, on Thursday, July 21,

While the party was ongoing t water began to reduce until it suddenly resulted into a huge sinkhole, creating a vortex pull that took the men inside,

As the horrifying video reached the internet from a Footage shot by a partygoer showed the gaping hole suddenly appearing in the middle of the in-ground pool – and the water quickly receding as screams rang out.

According to a witness at the party

“The water level suddenly started receding and a hole opened up, creating a vortex that swept two people inside,” a witness told Times of Israel.

The body of the deceased Klil Kimhi, 32 was discovered hours after the incident 43 feet at the bottom, the injured man whose name remains rese4rved was said to have suffered lower body wounds

The paty contained 50 people six of which were in the pool when it broke open, a man was also seen in the video battling from his falls from getting into the pool

Authorities at the scene are currently on to verify that the owner of the property had obtained a permit before building the pool.

Watch the video below. 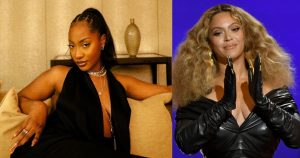