Thunderstorms have been known for its ferocious nature, precautionary measures are mostly taken to prevent this thing but unfortunately most times it isn’t enough.

eastern Canada suffers cases of severe thunderstorms in Ontario and Quebec, leading to the death of eight people or more.

District Police in Ontario pronounced the demise of seven people, killed on Saturday by falling trees and branches, alongside three counted the day before by the emergency services. Following the eighth death on Saturday, a canoeist drowned off Gatineau, a Quebec suburb of Ottawa.

Violent winds, with peaks of more than 140 km / h, brushed eastern Canada on Saturday from the center of the United States, summarized the national meteorology on Sunday, emphasizing that it was a rare phenomenon, the country has lost as earlier stated a number of citizens to what is now called “derecho”.

“This storm was almost 1,000 km long, from Michigan to Maine”, American states located in the center and the northeast of the country respectively, stretching through the Canadian provinces “of Ontario and Quebec”, summarized on a local radio David Philipps, meteorologist of the Federal Ministry of the Environment.

“It’s called a derecho: a long line of thunderstorms and microbursts,” the renowned scientist explained, noting that ‘derecho’ “is not a word we use frequently, it’s an infrequent phenomenon.

The federal capital of the Canada, Ottawa was mainly hit. The streets still tangled with branches and countless objects hauled by the winds,

According to sources the hard winds took the form of Tornado storm in some areas.

“The last 24 hours have been very, very difficult,” agreed its mayor, Jim Watson, during a press conference, asking his fellow citizens to “remain optimistic despite the challenges” posed by the ravages of this summer storm.

Rescue teams commenced work to repair the damage caused by the storm and return electricity.

Over 900,000 households were deprived of power by the storm, in Some areas 300,000 households, particularly in the Ottawa and Laurentians regions (north of Montreal), were still without power Sunday evening, according to online readings from local energy providers, Hydro One and Hydro-Quebec.

Local authorities have promised normalcy in a few days while they all obstructed streets and roads. 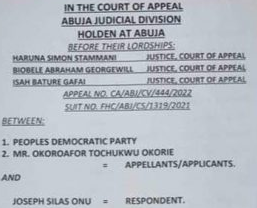