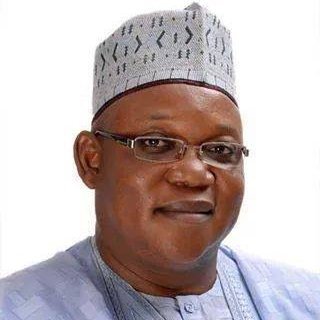 His Excellency President Muhammadu Buhari GCFR established the North East Development Commission(NEDC) in 2017 and the Act establishing it was signed into Law in October 26, 2017.

The President in January 2019 constituted the Board with General Paul Chabiri Tarfa Rtd, Mohammed G. Alkali as Chairman and Managing Director/CEO respectively, three Executive Directors and six Directors representing each State of the Northeast Geo-political Zone of Nigeria. During the inauguration of the Commission’s Governing Board, the President charged the Commission to as a matter of urgency commence processes of rebuilding the devastated region that is faced with insurgency and other terror attacks.

The President mandated the commission to conduct comprehensive survey of States in the Region to determine cost of rehabilitation and reconstruction of socio-economic sectors, prepare an intervention master plan based on the outcome of assessments, and develop intervention policies/guidelines for development of all Federal Government funded institutions in the zone. He also urged the commission to undertake resettlement of IDPs to their original homes or new communities in addition to other humanitarian response activities, but move quickly onto development of infrastructure and other economy driving activities. Also to evolve strategies for keying into development partners’ activities, co-ordinate and promote civil-military confidence, building and stabilization measures to engender social harmony and prevention of re-occurrence of recent events.

With the aforementioned, the North-East Development Commission (NEDC) is the focal organization charged with the responsibility to assess, coordinate, harmonize and report on all intervention programme, and initiatives by the Federal Government or any of its Ministries, Departments and Agencies (MDAs), States; and other Development Partners and for the implementation of all programmes and initiatives for the North East states of Adamawa, Bauchi, Borno, Gombe, Taraba, Yobe, respectively.

Taraba state was blessed to have one of it most industrious son, Chief David Sabo Kente appointed by the president as a board member of the commission. With the appointment too of Rtd Gen Paul Tarfa as the board Chiarman, Chief David Sabo Kente is saddled with the onus of working with other board members to come up with direction and foresight for the smooth organizational operation of the NEDC. While in sharp contrast, the day to day activities of the NEDC is tailored by the office of the managing Director Mohammed G Alkali.

It is expedient to note that in-spite of his defined role as a board member, Chief David Sabo Kente has remarkably influences certain NEDC projects to Taraba in areas of infrastructural developments, educational improvement through ICT empowerment, humanitarian services with the donations of food and non food items and also distribution of major farm implements to boost agricultural production in the State. Though some individuals and group, whose stock in trade is to peddle falsehood and disinformation to remain relevant in public domain have gone ahead unsuccessfully to stir up lies. This set of people would always be quick to criticize DSK in ignorance, their mission is to supply hatred even though there’s abundance of facts and evidences to compliment the efforts of Chief David Sabo Kente’s induced NEDC projects in Taraba.

It is imperative to note here that in October of the year 2021, the NEDC flagged off a huge infrastructural project of 500 housing units in Jalingo, Taraba State. The Governor Darius Ishaku performed the ceremony in the presence of Managing Director of the Commission, Mohammed Alkali, and also under the host-ship of Chief David Sabo Kente. It was widely publicized through the conventional and social media. On the 500 mass housing unit, Alkali said “the initiative was born out of the Special Presidential Intervention in Bornu, SPIB, by President Muhammadu Buhari. He explained that the SPIB was instituted to rebuild the houses destroyed by Insurgency in the North East region particularly in devastate areas such as Borno. He thereafter pointed that the 500 mass housing scheme in Taraba was a replication of what the Commission had done in other states of the North East”. Alkali also told the gathering that phase one of the project would have 150 houses constructed in Jalingo the state capital while phase two of the project would have the remaining 350 built across major cities in the state.

On the same date the Governor, Arch Darius Dickson Ishaku laid foundation for the construction of the 500 mass housing units, he also received food and non-food items, agricultural equipments and other donations from the NEDC to the state. Some of the food items donated by NEDC for onward distribution across the 16 Local Government Areas of the state include 10,000 Bags of 25kg Rice, 10,000 Gallons of Vegetable Oil, 1,800 Cartons of Tomatoes paste, 2,000 Bags of Sugar, 1,500 Packets of Maggi and 3,000 Cartons of Spaghetti.

Worthy to note too is the fact that the NEDC had also facilitated the construction of a state of the art ICT center in Taraba State University to boost education. The commission also trained youths and students on ICT which after the training were given start-up grant and gadgets for self-reliance. The NEDC too in the same measure collaborated with the state government to build a infectious disease center in Jalingo.

This is just few of the many projects DSK is heralding with the NEDC to the State. Chief David Sabo Kente, sought for the greatness of Taraba State, he’s seeking for it and will keep on contributing his quota to take Taraba to the zenith of success. 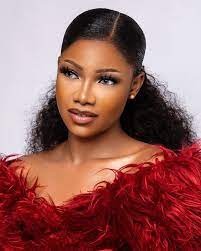 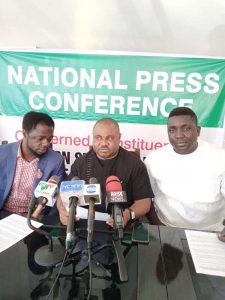