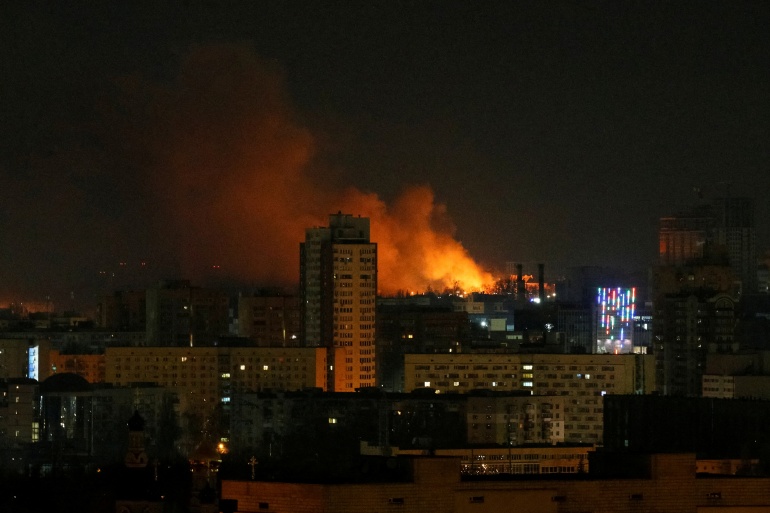 By: Kuni Isaac
These are terrifying times for the people of Ukraine and horrifying for the rest of the continent since the invasion of Russia orchestrated by president Vladimir Putin for the first time since World War Two.
Eliciting the Cold War days of the Soviet Union, Volodymyr Zelensky spoke of Ukraine’s bid to avoid a new iron curtain closing Russia off from the civilized world.

Vladimir Putin declared that Russia cannot feel “safe, develop and exist” because of what he claimed was a constant threat from modern Ukraine.

Hundreds have died already in what Germany has labeled “Putin’s war”, both civilians and soldiers. And for Europe’s leaders, this invasion has brought some of the darkest hours since the 1940s.
He claimed his goal was to protect people subjected to bullying and genocide and aim for the “demilitarisation and de-Nazification” of Ukraine. There has been no genocide in Ukraine: it is a vibrant democracy, led by a president who is Jewish.

“How could I be a Nazi?” said Volodymr Zelensky Ukrainian president reacting to Putin’s word “Nazi”, who likened Russia’s assault to Nazi Germany’s invasion in World War Two
President Putin has frequently accused Ukraine of being taken over by extremists, ever since its pro-Russian president, Viktor Yanukovych, was overthrown in 2014.

Russia then retaliated by seizing the southern region of Crimea and triggering a rebellion in the east, backing separatists who have fought Ukrainian forces in a war that has claimed 14,000 lives.

Late in 2021, Russia began deploying big numbers of troops close to Ukraine’s borders, while repeatedly denying it was going to attack. Then Mr Putin scrapped a 2015 peace deal for the east and recognized areas under rebel control as independent.

Russia has long resisted Ukraine’s move towards the European Union and the West’s defensive military alliance, NATO. Announcing Russia’s invasion, he accused NATO of threatening “our historic future as a nation”.
For the families of both armed forces, there will be anxious days ahead. Ukrainians have already suffered a grueling eight-year war with Russian proxies. The military has called up all reservists aged 18 to 60 years old.

Top US military official Mark Milley said the scale of Russian forces would mean a “horrific” scenario, with conflict in dense urban areas.

This is not a war that Russia’s population was prepared for, either, because the invasion was rubber-stamped by a largely unrepresentative upper house of parliament.
The invasion has knock-on effects for many other countries bordering both Russia and Ukraine. Five countries are seeing an enormous influx of refugees, while the UN children’s agency says its projected scenario is for up to 5 million refugees. Poland, Moldova, Romania, Slovakia and Hungary are all braced for arrivals.What Putin Mr Putin demands that NATO return to its pre-1997 borders, his aim is to remove its forces and military infrastructure from member states that joined the alliance from 1997 and to not deploy “strike weapons near Russia’s borders”. That means Central Europe, Eastern Europe and therefore the Baltics.

In President Putin’s eyes, the West promised back in 1990 that NATO would expand “not an in. to the east”, but did so anyway.

That was before the collapse of the Soviet Union , however, therefore the promise made to then Soviet President Gorbachev only mentioned East Germany within the context of a reunified Germany. Mr Gorbachev said later “the topic of NATO expansion was never discussed” at the time.


below is a little of ukraine’s state

0
In2022, nationalglint, UKRAINE AND RUSSIA WAR 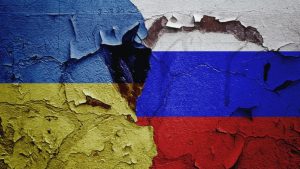 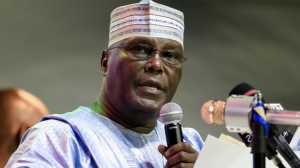