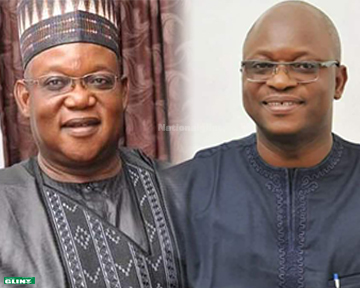 By nationalglint
OPEN LETTER TO CHIEF DAVID SABO KENTE
Dear David alias DSK,
Following my telephone conversation with our dear father today, I am writing to say the tension and ripples that were generated following my representing Distinguished Senator Emmanuel Bwacha CON during the recent convocation and commissioning of projects at the Federal University Wukari were unnecessary and needless.

There was indeed no need for you to have called our father to tell him to stop me from representing my Senator at the event because it was indeed a great honor and a rare privilege for me to be requested by my Distinguished Senator who also doubles as an elder in my Church to represent him at such an epic ceremony especially that the ceremony has no any political inclination.

If I were you, when you received the information that I was representing Distinguished Senator Bwacha at the convocation, my response would have been that Dr John is a 54 year old man and has the right of choice of whoever he wants to associate with rather than you calling our father to say my representing Senator Bwacha will thwart your chance of becoming the next Governor of Taraba State which destabilized our father and gave him a sleepless night.

That was very unfair not just to me but also to our aged father especially that you called at night. That is synonymous with clearly trying to use me as a scape goat. Thank God our father understood my clear explanation of the whole scenario today before giving his timely advice.

Kindly note that even if the ceremony had any political connotation, I do not need to remind you that we parted ways politically since after the 2015 elections following your accusations that I refused to liquidate your assets for you to have adequate funds for the election which you falsely claimed consequently gave DDI an edge over you at the polls, an accusation which was baseless and without any iota of truth.

UNTOLD REASONS BEHIND THE PICK UP OF LADI JJ BELO

Our parting of ways politically was further strengthened when I assiduously worked for the PDP against your APC in the 2019 elections which led to our defeating your party roundly in all the elections in Kente ward.
Also note that there is no law that says siblings must always have the same political ideology or political leaning and that clearly played out in the 2015 elections during which late Senator AA Ibrahim of blessed memory was the DG of your political organization while his late younger sister alias mama Taraba also of blessed memory was a gubernatorial candidate in same election.
Perhaps, you may be having your personal political issues with Distinguished Senator Emmanuel Bwacha CON since he defected to the APC but unfortunately, I do not believe in your mundane principle that your perceived political ‘enemy’ must be everyone’s enemy and I take a very strong exception to that.
Therefore, based on our father’s advice that we should urgently meet to resolve the business impasse between us despite our political divergence because it is of great concern to him especially that he feels extremely very close to his grave, I am hereby extending my hands of fellowship just as I did on my birthday on the 11th of January this year for us to meet to resolve the business disagreement between us urgently based on our father’s directive especially that the crisis has lingered for almost 7 years. A stitch in time they say saves nine.
Best regards and God bless!
DR. JOHN SABO KENTE 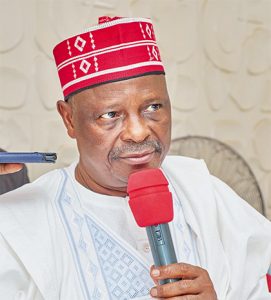