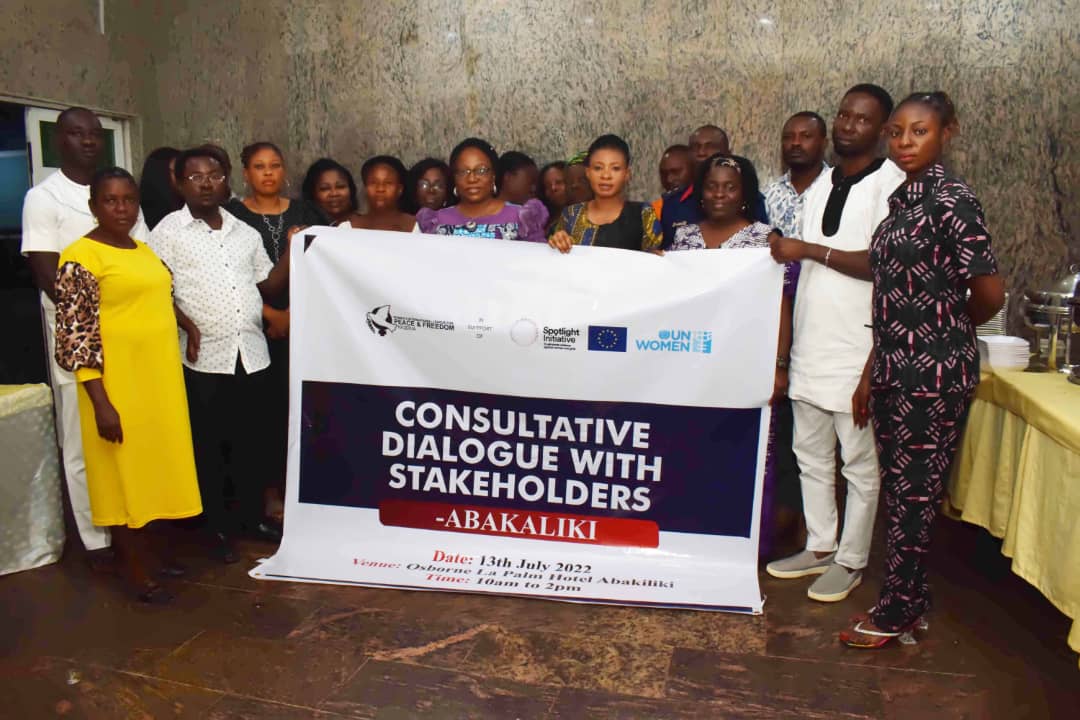 Women International League for Peaceful Freedom (WILPF) Wednesday said that ending violence against women and girls in society needs a multi-sectoral approach and calls on stakeholders to join hands to end the phenomenon.

The organization made this known in Abakaliki Ebonyi state during a Stakeholders dialogue on the EU-Spotlight Initiative project on Ending violence against women and girls.

Rita kigbara one of the resource persons while speaking to the stakeholders, noted that everyone has a role to play to ensure that GBV is eliminated by reporting the issue, preventing GBV from happening and promoting sexual reproductive rights of women and girls.

According to her, in GBV national dashboard as of June 2021, rover 668 cases were recorded over 18 months in the state.

She said 35 of the reported cases were fatal, 39 cases have been closed while 157 cases remain open and there are currently no recorded cases of conviction.

Correspondent reports that existing laws on GBV in the state were identified and emphasis on sensitizing the people, especially in rural areas was made.

Adding that the target was to ensure that Ebonyi state truly joins the league of societies where women are free from all forms of discrimination, violence and intimidation on the grounds of their gender.

Participants in the meeting including the State coordinator of GBV task force Barr. Faith-Vin Nwanchor, Goodness Mgbaja of Cirrdoc Nigeria and Rev Flora Egwu advocated for the creation of a budget line, implementation and release of the budget by the government to relevant ministries to enable the state actors to work effectively on GBV cases.

The Participants further call on the government to provide VAAP law and other existing laws on GBV to the 13 council areas in the state and to law enforcement agencies but in the city and at the local level. 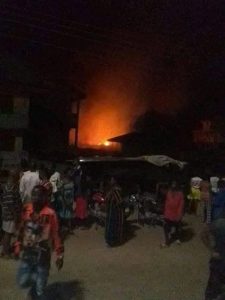 Next post COMMUNIQUE OF THE MEETING OF CHRISTIAN LEADERS OF<br>NORTHERN NIGERIA OF THE ALL PROGRESSIVE CONGRESS (APC)<br>PARTY.